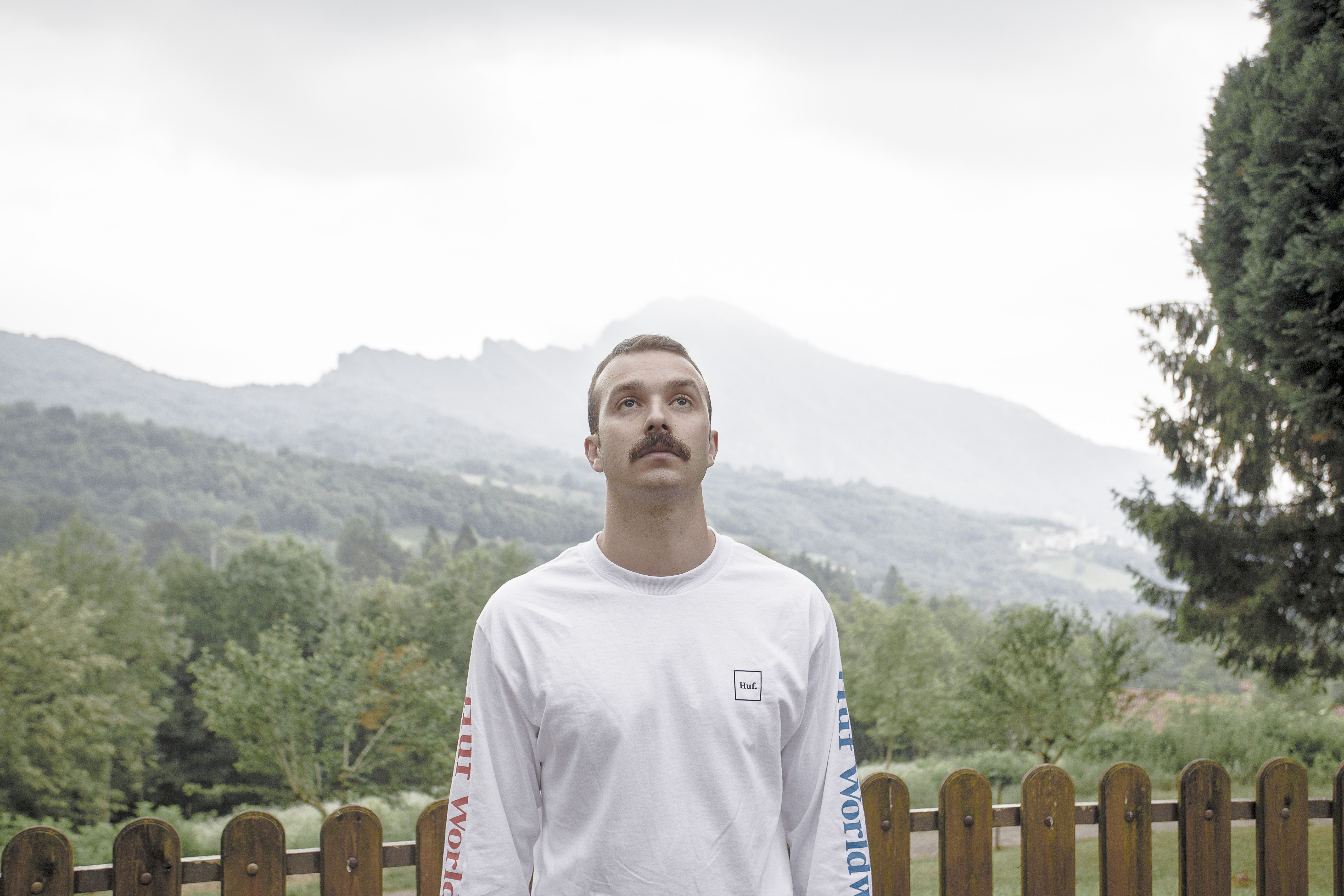 1979, also known by his real name Giovanni Salviato, is an Amsterdam based, Venetian-born artist. Featured by the labels fryhide, previously Klangwelt, Addicted Music, his newest releases one after the other are gaining international success. His first peak took off with the powerful club banger Prototipo. It received international upraise after Patrice Baumel played it at CRSSD Festival in California(US), then supported by HOSH, Max Cooper, Dominik Eulberg among many.
Soon, the summer of 2018 the track “Space Cake” from his latest EP “Once I saw the Sky” on HOSH’s fryhide label, was the second that took over the festival stages with storm and soon broke into the top100 techno charts on Beatport and was also considered one of the top best tracks of techno this summer on the platform.
His early music influences sparked in the small town of Vicenza, in the midst of the Alps and Shakespearean North Italy. After his background in classical piano he dove into electronic productions with a steel determination and has been doing it for over 10 years.
“It first hit me when once 18 I stumbled upon a rave party in the mountains. I lived in a city between Venice and the alps, where many of those illegal raves were being organised. There and then I was instantly mind-blown by the energy of the music controlling the crowd. The next day I was already producing with my first set and performing on stage in one year.”
His music is a curation of combined post-rock feel of melancholy, the energy of rave and the heavy base of techno.
SOCIAL: facebook  —  instagram  —  spotify
SHARE: