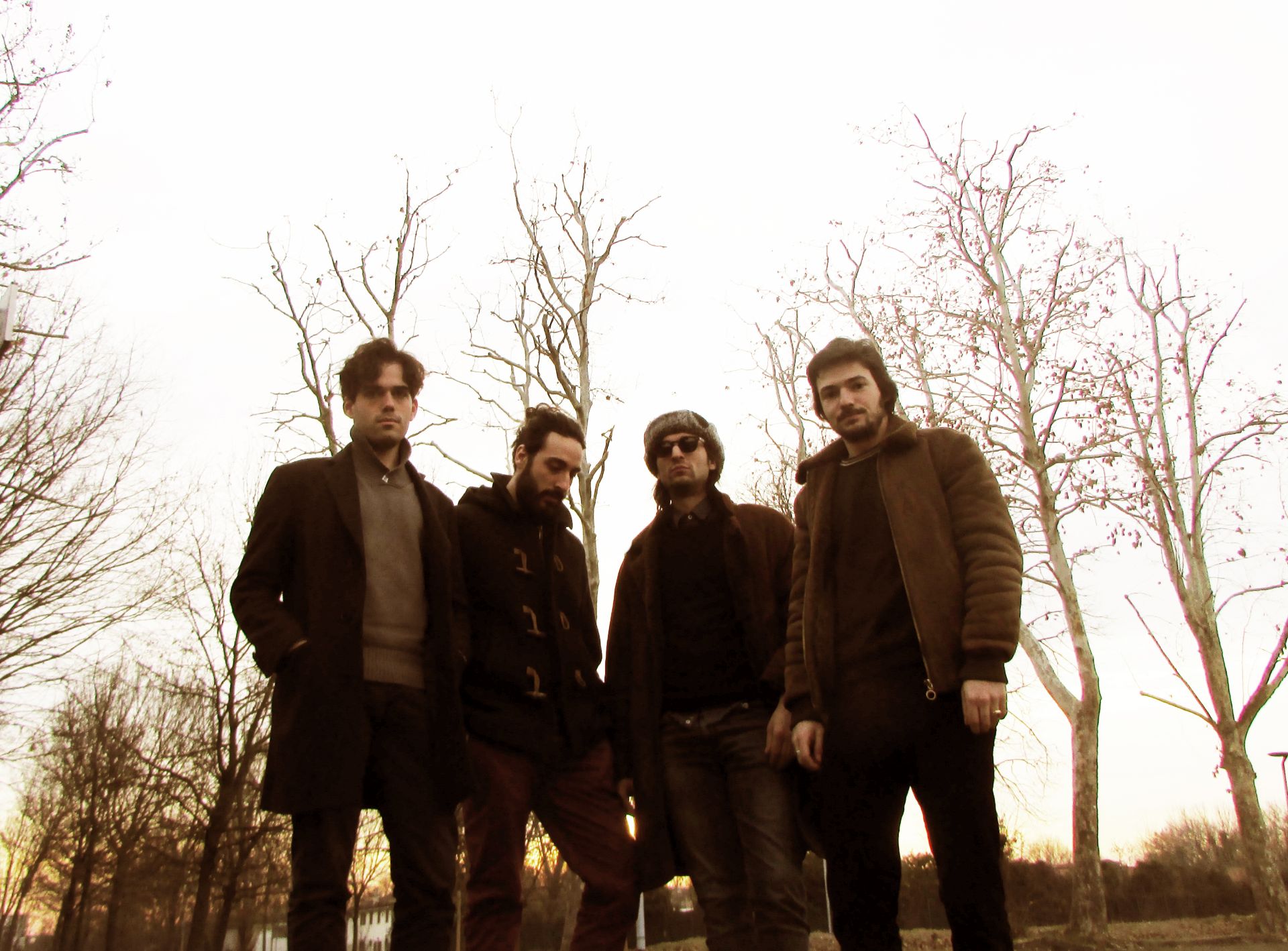 The project started in 2012, with Luigi (bass) Costantino (guitar) Emanuele (drums) and Ezio (vocals and guitar). Earthset translate into music a continuous state of alteration, evolution and dynamism through a non-linear structural composition, sharp and acid sounds, transitions between heavy distortions and limpid, clean sounds, generally cold psychedelic atmospheres disturbed by noise inserts. After their debut album “In a State of Altered Unconsciousness”, released on Oct. 26th 2015, and the EP “POPISM”, released on March 17th 2017, they were assigned the mute film “L’Uomo Meccanico”(Italy-France 1921) during the Soundtracks 2018 project, sponsored by Corrado Nuccini (Giardini di Mirò) and Stefano Boni (Museo del cinema di
Torino). “L’Uomo Meccanico” is the first Italian sci-fi movie, one of the very first mute films in the world to have a robot as a villain and probably the first one to show a fight between a good and an evil mechanical man. The film was lost for decades until the last copy was found in the Cinemateca Brasileira in Sao Paulo, Brazil. The reel was partially restored by the Cineteca di Bologna, with only 43 minutes left of the hour and a half of the original length. After that experience, in which they had the chance to work alongside musicians such as Nicola Manzan (Bologna Violenta/Ronin) and Tiziano Bianchi, “L’Uomo Meccanico – Live Soundtrack tour 2019” started, with the Cineteca di Bologna’s partnership. The live soundtrack is a mix of the band’s more experimental attitude (aggressive noise, dissonant and disturbing sounds) with the melodic research that has always characterized their writing.