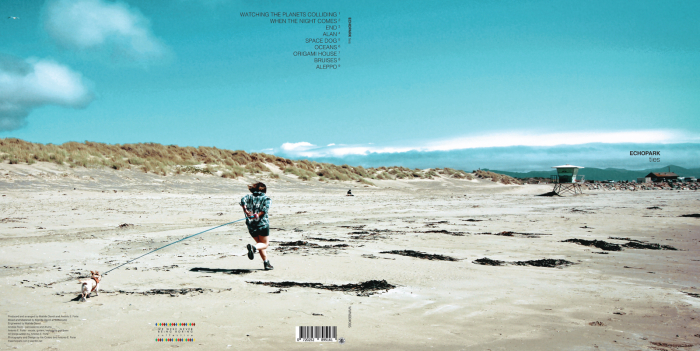 Echopark is a London-based musician. He was born in Italy and grew up playing guitar in friends garages and basements, skating badly, building weird audio instruments and throwing plane-shaped pieces of wood from any heights to see if they could fly. His music is a mix of layered harmonies built on walls of guitars and synthesisers, never too polished.

Echopark debuted with the album “Trees” in 2013 and has now completed the sophomore “Ties”, set for release in March 2017.

“Ties” explores the complexity of human relationships in a journey through different atmospheres and sounds. The album evokes a songwriting soul, based on dirty harmonic lines, where the acoustic instruments lead the way with no efforts. The power of the composition is enclosed in its genuineness: Ties is not an attempt to describe reality but rather an unconditioned response from the inside. Intentionally recorded using a one-shot approach, the album confines a precise space-time domain in which the songs existed, created by the people and the relationships within.