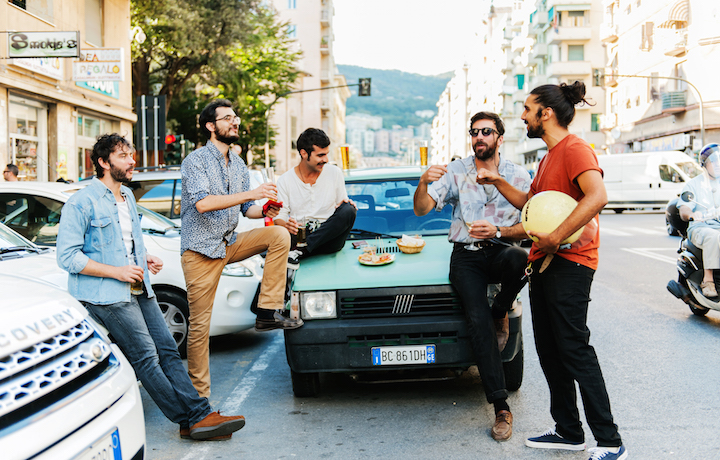 Ex-Otago are an alternative indie pop/rock band formed in Genoa in 2002. Throughout the years, the band has published four albums before signing with the label Garrincha Dischi and INRI. After more than 10 years of playing together and 4 albums, 2016 is the year that marks the breakthrough success of the band, who publishes its fifth album “Marassi”, that was acclaimed by both the audience and the critics. The success of the album was sealed by multiple should out tours all around Italy.