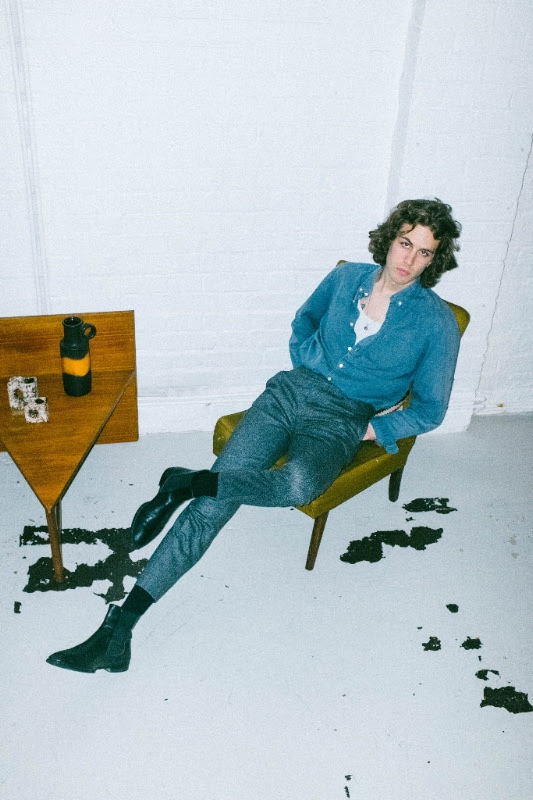 2017 was a busy year for Fil Bo Riva. After the release of the debut EP „If You’re Right, It’s Alright“ in late 2016, the first two tours in Germany, Austria and Switzerland went sold out. According to this unexpected success, the solo project on stage developed to a duo with Felix A. Remm and later from a three piece to a four piece. The rest of the summer was spent through Europe playing several festivals and other gigs. All this while constantly going back into the studio with producer Robert Stephenson to work on the debut album. It has been a year full of contrasts and different priorities: On the one hand, enjoying the fast-paced life on the road, visiting new places and meeting new faces. Signing autographs on scraps of papers for the first time and realizing people actually singing along at festival gigs. On the other hand, fully disconnecting with the world and being alone in the studio to focus on the album recording. Diving in deeply, forgetting everything else and solely being with the music. Nothing else matters. Metaphorically speaking:

„If the EP was a photograph of an idea, what we are trying to create with the album is an actual movie. I’m not trying to sound romantic but it’s like accumulating different pictures and feelings… and we all worship the album format, that’s why we want to take the time to shape it properly.“

A first glimpse of what’s to come is the teaser single „Head Sonata (Love Control)“. A beat-driven tune, that introduces the album with a raw and ballsy energy, playful songwriting and a diverse and intriguing use of Fil’s voice.

„The title „Head Sonata“ was just meant to be a name placeholder at the start. The song was built around the chorus guitar riff and the first time I heard Felix play it, I felt my head spinning and it immediately gave me a trippy and repetitive feeling. A few minutes later I had the title written down. I simply liked the sound of it. These two words somehow translated my imagination of the songs soundscape… And since the track didn’t have any lyrics nor a melody for the first few months, the word „sonata”, literally meaning a piece played, actually suited the song very good. Finally, a breeze of inspiration came to my mind, I wrote down the lyrics and the song was finished. A „Head Sonata“ was born.“

With this first release at hand, Fil Bo Riva and his band will be supporting Milky Chance this fall, opening for the guys at their European and UK tour before going back to Berlin to finish working on the album. The band will be back on the road with an own headline tour across Europe next spring, premiering new material from the upcoming debut album.