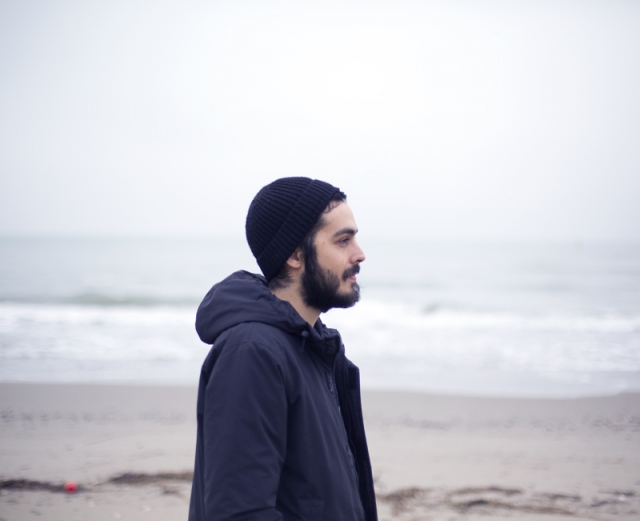 Lorenzo “Godblesscomputers” Nada is a collector of concrète sounds. He explores, catalogues, dissects them for, eventually, recomposing them in synthetic sounds. Born in Italy, he experienced his artistic debut in Berlin.

In 2012 he put out “The Last Swan”, completely self produced, and the follow-up “Swanism” (Fresh Yo! Label), both dealing with the concept of beauty and rebirth. This first step opened the path for “Lost in Downtown” (Fresh Yo! Label), a collection of Beastie Boys’ reworks, where sharp rap lines cohabits with some delicate and sorrowful R’n’b suggestions. Once back to Italy, Lorenzo released “Freedom is O.K.” under the berliner label Equinox Records.

As Lorenzo’s musical language was developing and growing in a more personal and structured aesthetic, his album “Veleno” (Fresh Yo! Label), out in April 2014, represented a real shot of energy: largely welcomed by critics and public, Veleno’s tour has hit several remarkable international venues, like the Boys Club in Berlin and Le Point Éphémère in Paris and festivals such as EUROSONIC (Groningen), B-Seite Festival (Mannheim), Club 2 Club (Torino) and Robot Festival (Bologna).

If “Veleno” pointed out Godblesscomputers’ “revelation”, “Plush and Safe” will be his definitive assertion: recorded on the impulse of the previous one, this new album is built on a different thoughtful compositional process and, only a little more than one year later, will be released via La Tempesta International and Fresh Yo! Label. His musical background is a combination of influences: hip hop, soul, funk, jazz, labels such as Warp and Ninja Tune, and mostly british electronic music, taking off from black music’s rhythms and styles but drifting to something new. As for his style, could be defined as a succession of living texture and impatient rhythms, pathos and silences, beats’ thickening and long melancholic breathing space. “Plush and Safe” is the new album on La Tempesta International /Fresh Yo! Label. Plush and Safe is a “semi-quote” coming from the early Basquiat’s graffiti period, when he was still tagging under the name “SAMO” throughout walls of SoHo and TriBeCa. This sentence echoed with Godblessocomputers’ imaginary: the feeling of incertitude and lack of balance, preventing from the possibility to halt and think, become the bare requirement to create. “Plush and Safe” stands for the clash between the pursuit of safety and control and the acknowledgment of its impossibility. It’s a deeply autobiographical album reflecting the complexity Lorenzo experienced both professionally and personally after the release of his last work, “Veleno”, that came out in April 2014. Some characters, places and events take shape among the tracks of “Plush and Safe”, evoked by a very personal and confidential collection of field recording, coming from both urban and natural landscape. The search of a sense of security is evident even in the choice of collaborating with old friends and acquaintances, as the singer Francesca Amati (Amycanbe, Comaneci). For the first time Godblesscomputers take on a 12 tracks full-leght album, which will mark his arrival at La Tempesta. After the earlier achievements this year beyond the national borders (Boys Club-Berlin, EUROSONIC-Groningen, Le Point Éphémère–Paris, B-Seite Festival–Mannheim, EUROPAVOX-Clermont Ferrand, Les 3 Elephant Festival-Laval, Waves Central Europe in Bratislava), the forthcoming Godblesscomputers’ tour, under BPM Concerti, will have a clear-cut international outlook.