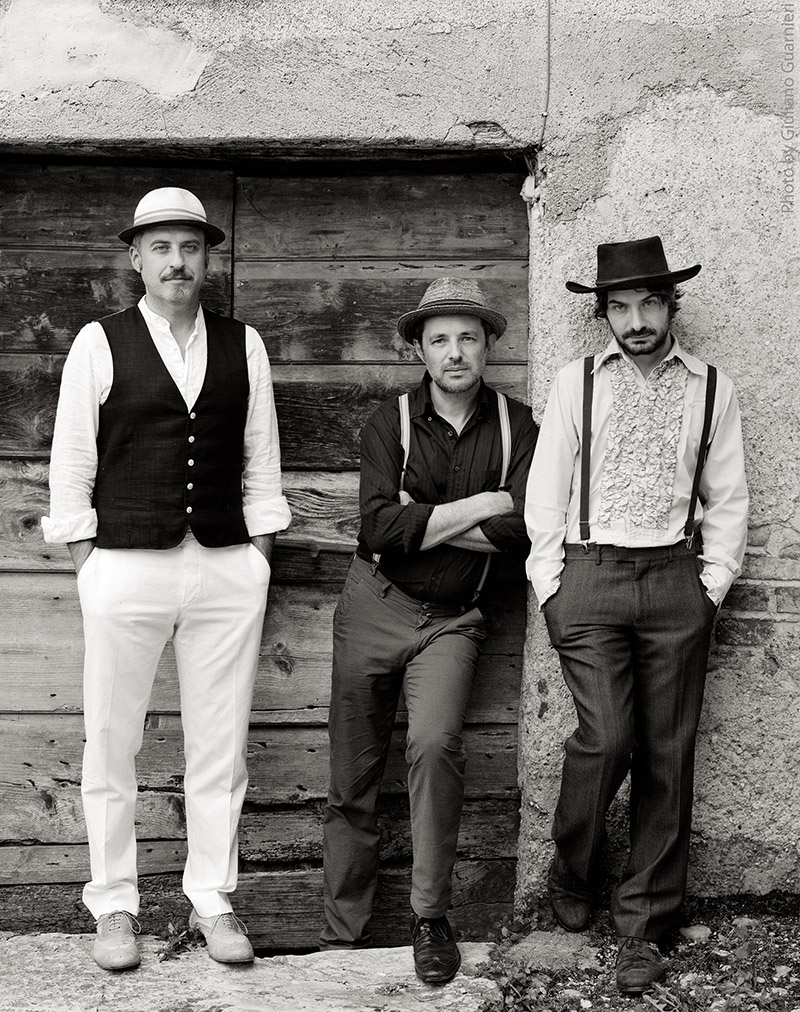 “If ever there was a soundtrack in search of its correspondent in the world of film, this album Guano Padano would definitely be in good company with the works of Fellini, Leone, Jarmusch and Sofia Coppola”

It would not do much more than the words of Joey Burns of Calexico, referring to the band’s first album, to best describe the world around which the band of Danilo Gallo (bass), Alessandro Stefana (guitar, P.J. Harvey, Vinicio Capossela) and Zeno De Rossi (drums), the latter also forces the band to Vinicio Capossela. The imagery is rich in nuances, just as the sunset of one of those western movies so much love that the three and now has provided inspiration for the main round which bind: there are Morricone’s atmospheres, of the films of Sergio Leone, but also of dozens of smaller films that marked an unrepeatable Italian cinema season. Their last album “Americana” (Ponderosa Records) unfolds as a musically rich, literary soundtrack to some imagined cinematic classic; an American epic that conjures up Woody Guthrie’s land of dust bowl blues and the hardships of the great depression.