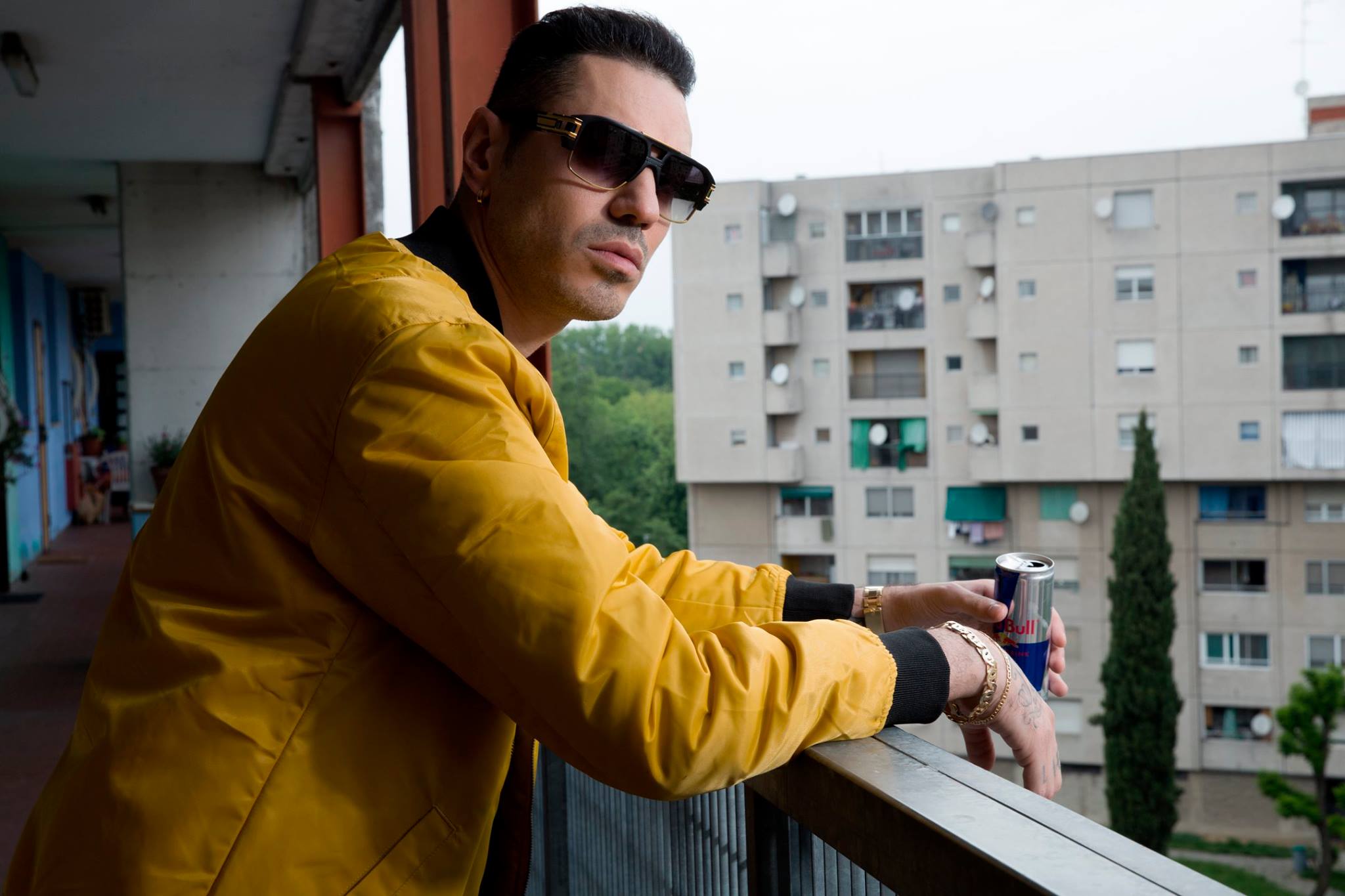 Marracash is a popular Italian rapper born in Nicosia (Sicily) in 1979 who grew up in Milan. He released his first mixtape in 2005 (“Roccia Music I”) and after three years he signed with Universal Music Italy debuting with the album “Marracash”. In 2013, together with producer Shablo, he founded Roccia Music, one of Italy’s most relevant independent rap labels.