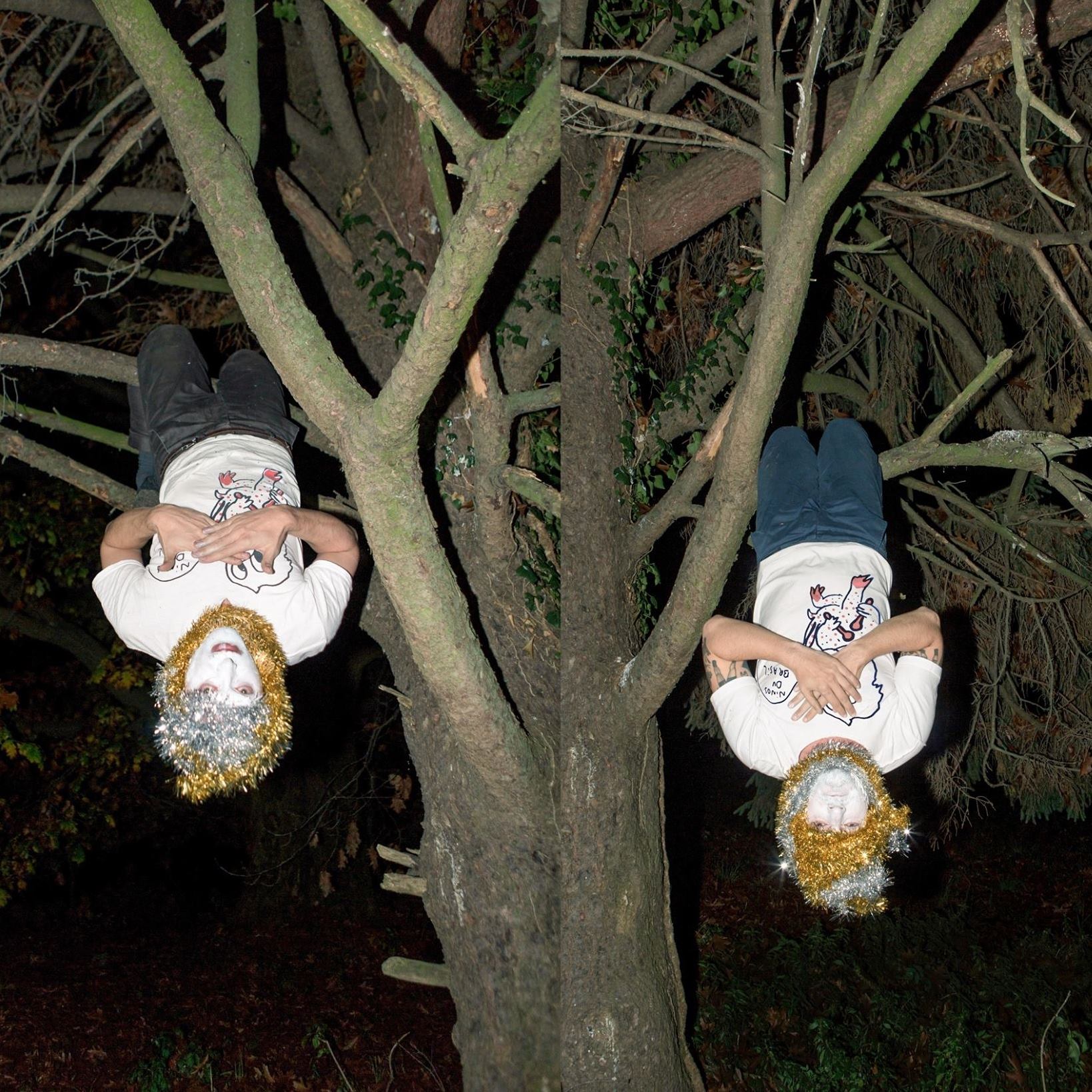 Ninos Du Brasil is a project whose origins and background have remained shrouded in mystery.
Dedicated to a bold and unlikely mixture of noise, batucada, samba and electronic, their sporadic live appearances have already become legendary and mythological.
Be it a punk squat in Belgium or the famous Venice Biennale of Architecture, Ninos Du Brasil, without fail, rally the troops, from every walk of life, and create some of the biggest festival style parties on the dance floor.
For those fortunate enough to have witnessed Ninos Du Brasil live, their stories comprise of otherworldly experiences. NDB’s condensed yet intense set is a fervent intermixture of old school techno, stadium spirit choruses, Carnival style parade celebrations unified with the physical intensity of old school hardcore shows.
Their debut album, titled ’Muito NDB’ is a declared war against the stupidity and superficiality of pop music as well as the current reticence and behavioural inhibition of the dance halls and public venues .
The tracks on the album are weapons of percussion consisting of cuica , congas , bells , Jambe , rollers , plates, claves , maracas , whistles , bells and animal calls — married with non-traditional
instruments: bottles, cans, pieces of wood and undefined rubbish. The goal, to encourage the public to discover and embrace a sexual and instinctual approach to rhythm and existence . ‘Muito N.D.B.’ was ignorant but not stupid, visionary, risky, improper and excessive.
Throughout the early days of Ninos Du Brasil, the band wilfully chose to keep their identities and history secret. It wasn’t until the release of their debut record that fans discovered who the mystery beat masters were. Both Nico and Nicolo were members of one of the most respected, important and controversial ’90s hardcore / punk bands, With Love (released on Omar Rodriguez of The Mars Volta and At The Drive In’s label GSL).‘Novos Mistérios’ (Hospital Productions 2014) follows their debut LP for La Tempesta International/Tannen Records with an acutely stripped down blend of mostly “live” recorded percussion and explorative electronic sound design.
The project, and album, is a radical inversion and consolidation of the duo’s respective backgrounds in performance art, punk and indie bands. Inspired by the febrile humidity and sensory overload of Brasilian carnival music, they temper layeres of roiling, propulsive percussion with electronic drones, effects and tribalist vocals to militant, hypnotic effect. Six tracks charge between technoid polymetrics, kinky minimalism and meditative ritual with particular focus on rhythmelodic cadence and carefully constructed atmospheres drawing lines between the avant- garde coda of William Winant and Indonesian Gamelan on ‘Essenghelo Tropical’, to Cut Hand’s voodoo invocations in ‘Legiõs De Cupins’, and the percussive moments of Brazilian metal legends in ‘Sepultura’.
The song ‘Sepultura’ is also part of the soundtrack to ‘Socrates One Of Us’, directed by Mimmo Calopresti, and Nico’s Von Archive co-curator, Spanish film director Carlos Casas is producing an individual video for each track.

On January 2015, Ninos Du Brasil step up to DFA with a pair of virile, snaking batacuda techno riddims following on from their brilliant ‘Novos Mistérios’ LP for Hospital Productions. The duo have at once refined, loosened and expanded their sound here, tilting technoid pulses thru mazy time signatures to resemble the soundtrack for a Sepultura after-party set in “the bushes of Queimada Grande (Snake Island, Brazil.)” Named after a genus of stinky frog found in the Amazon, ‘Aromobates NDB’ is a viscous reduction of triplet-driven techno and phantasmic forest voices pent with a sweaty, febrile agenda and swarming electronics. ‘Clelia Clelia’ is the antidote to that sensual tension, firing flurries of tribalist percussion around booming kicks and skating electronics reminding us of early Warp sounds.

At the beginning of 2016 Ninos Du Brasil teamed up once more with Hospital Productions and released “Para Araras” 12″. Undoubtely the most refined and electronic effort from the band so far.
As the title suggest this single is a journey towards a destination that only the upcoming album, to be released in 2017, will reveal.

Their latest album ‘Vida Eterna’ came out on September, 15 on La Tempesta.