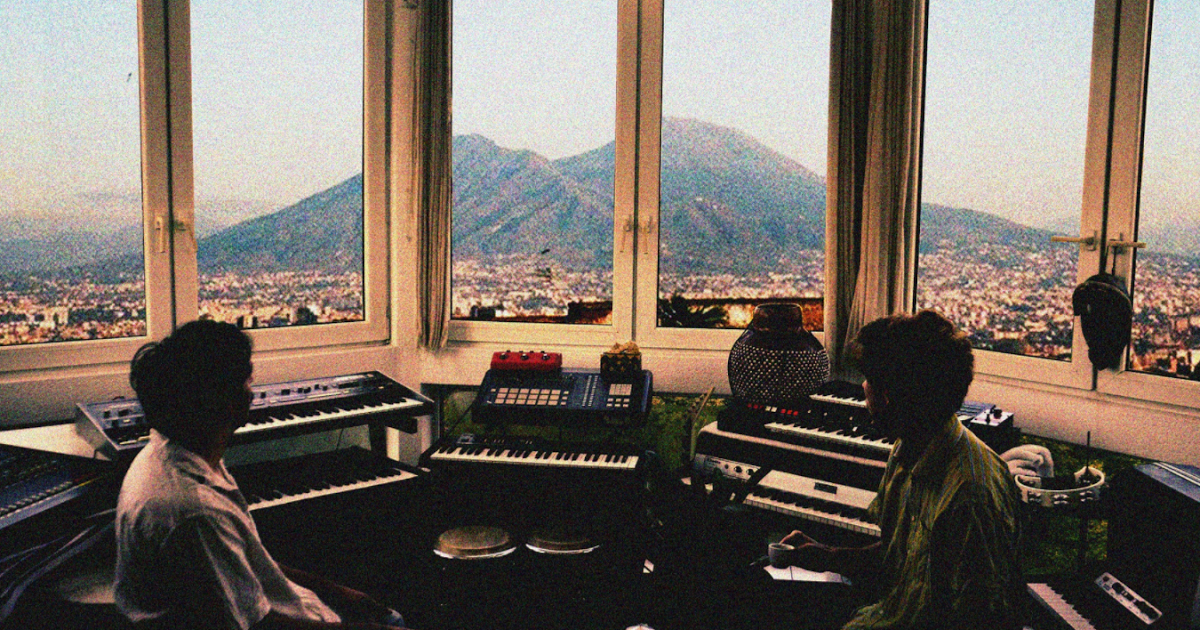 The Naples formed, Berlin-based duo Nu Guinea creates sounds that are influenced from the idea of an exotic, far distanced place. Their self-titled debut EP was released in October 2014 on the Italian label Early Sounds Recordings. By combining various music genres that are related to dancefloor music in its purest sense, they create a distinct sound, palpating genre routes floating from obscure disco to world-etno music.
Nu Guinea is a project that arose out of jam sessions, melting synthesizers with instruments, containing a handmade sound that is not aiming for perfection but genuineness. It can be understood as a steadily shaping form, always open for collaborations with other musicians. After the recently released “World” ep on Tartelet Records, Nu Guinea has now released the first LP, “The Tony Allen Experiments”, where synthesizers have melted with the original drum recordings from Tony Allen, the master drummer of Afrobeat.