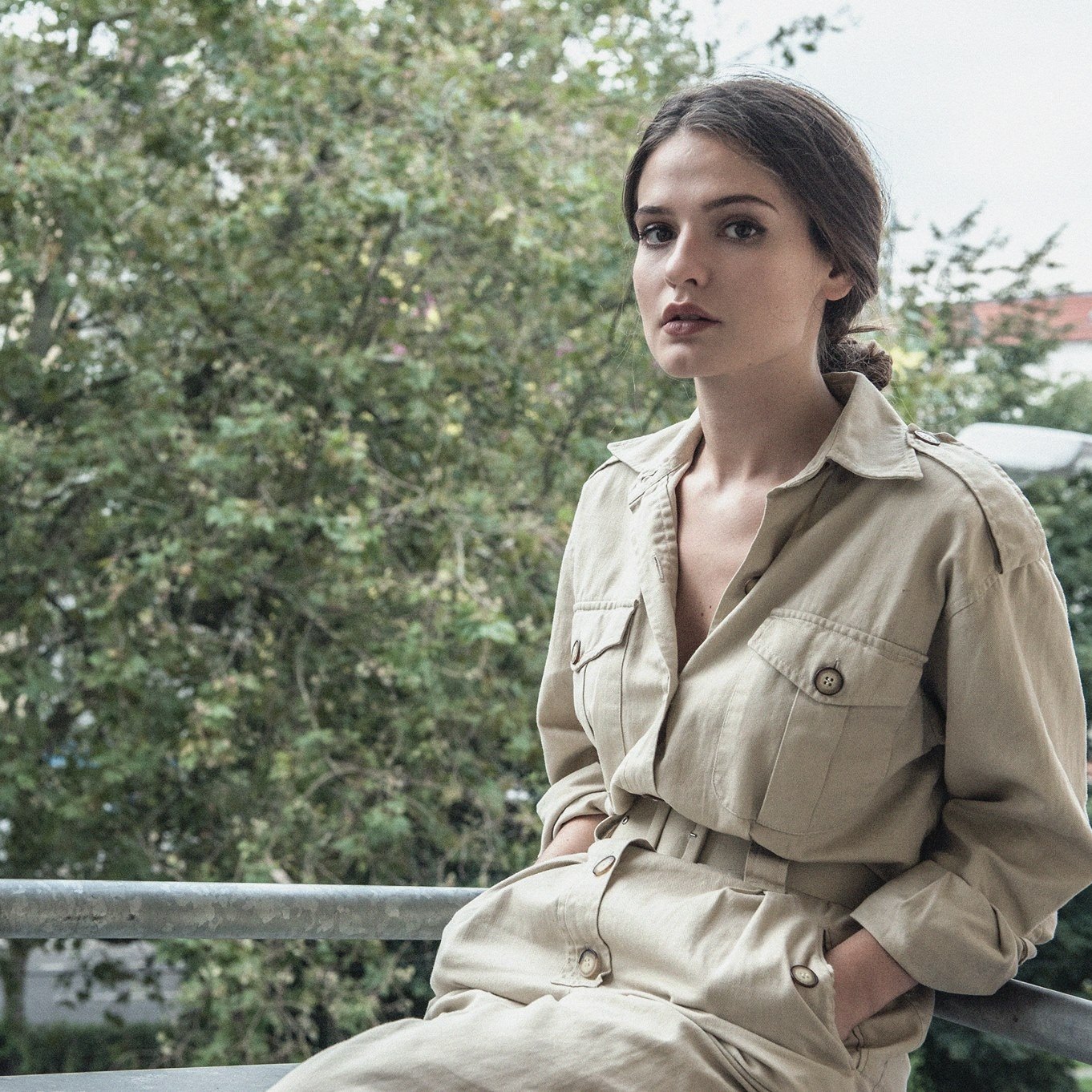 “Violetta started writing her first songs at the age of 16. After gigging with a country/blues trio in bars and festivals around the North of Italy, her name got spread and she signed a label deal that aimed to turn her into the next Italian pop star. After a few singles had been released, Violetta realized, that the songs she was singing, didn’t represent who she wanted to be. She decided to turn her back on that path and start a new independent journey with the music she wanted to spread. Being on the road, she developed what is now her own sound, which derived from different influences of folk, americana and country music, whilst embracing her European and Mediterranean roots.

In 2014 she opened up for the legend Ben E. King, who then invited her on stage with him for a duet of “Stand by Me”. In 2015 she met English/Italian songwriter Jack Savoretti and followed him as a special guest on his long European tours.

In 2016 she left Italy to live in London and Berlin, playing gigs, traveling back and forth and writing her songs on the train. During the summer of the same year she left for a long journey across Texas, Louisiana, Alabama, Tennessee, Arkansas. A relaxing and illuminating journey where she came across amazing musicians who she played and wrote songs with.

All of those adventures gave her inspiration for her new single and the following EP: “Half Moon Lane”, from the name of the road where she lived in London.”

“Half Moon Lane is a beautiful little hidden street in the outskirts of London, and it is the place where I rest between my travels. There you can find an always enlightened tree, as if it is always Christmas, and a little tiny train station, where sits a colorful piano that no one dares to play. Nobody, except an old man wearing women’s clothes and a wig, that everyday plays a new sweet melody. Half Moon Lane, like my hometown in Italy, is a little fairy land where my new life started and that I will always hold in my heart. I decided to leave my family to explore many unknown impressive cities, that were scary, yet beautiful and alive. They require so much and offer everything in return. I must confess, I was scared, and not just once, but so many times. So many questions that were waiting for an answer were running through my head: Where am I headed, why am I on this journey, what good things am I leaving and what bad ones may I face? And finally, so simple but yet so real, the answer that cleared the mess in my thoughts came from the memory of my hometown. The confidence that I had a place where I could easily return at any time and that will never abandon me whatever I choose to do or wherever I decide to travel. The tiny street with the light filled tree and the piano sitting upright at the train station will so sweetly remind me of my little city in Italy that I call home.”