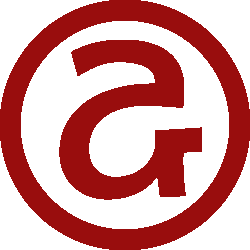 Founded in Florence Italy in 1993, AUDIOGLOBE is based and built upon the enthusiasm and ideals of several young people. Young, dynamic and committed, its main aim is to distribute independent music from all over the world from its base in Italy.
After more than 20 years in the business, AUDIOGLOBE is now one of the leading distributors in the Italian independent area with more than 200 exclusive labels offering a very wide spectrum from the various trends and genres that constitute the independent record sector (from the most uncompromising metal to the most sophisticated avant-garde). AUDIOGLOBE distributes throughout Italy, their network comprising of indie shops, chain stores, shopping centres and regional / local wholesalers. A home delivery mail-order service further guarantees a more extended cover of territory, to areas where no record shops are present; this service providing a natural complement to AUDIOGLOBE distribution activity and an excellent service for their customers and the labels that they represent in Italy.
Also strong in the export sector, AUDIOGLOBE reach more than 40 countries worldwide! From the United States, Mexico and China to European countries such as Greece, France and the UK.
Audioglobe also work as producer for 2 labels: Dragonheart (metal) and Santeria (Italian music & foreign licences). Founded in 1997, Dragonheart publishes works by heavy metal, power, epic, doom, black, death, medieval and avant-garde metal artists. Santeria was founded in 1998 and at the beginning mainly hosted licences for foreign productions; since 2000 though the artistic direction of the label has changed and it deals mainly with producing all genres of Italian music.