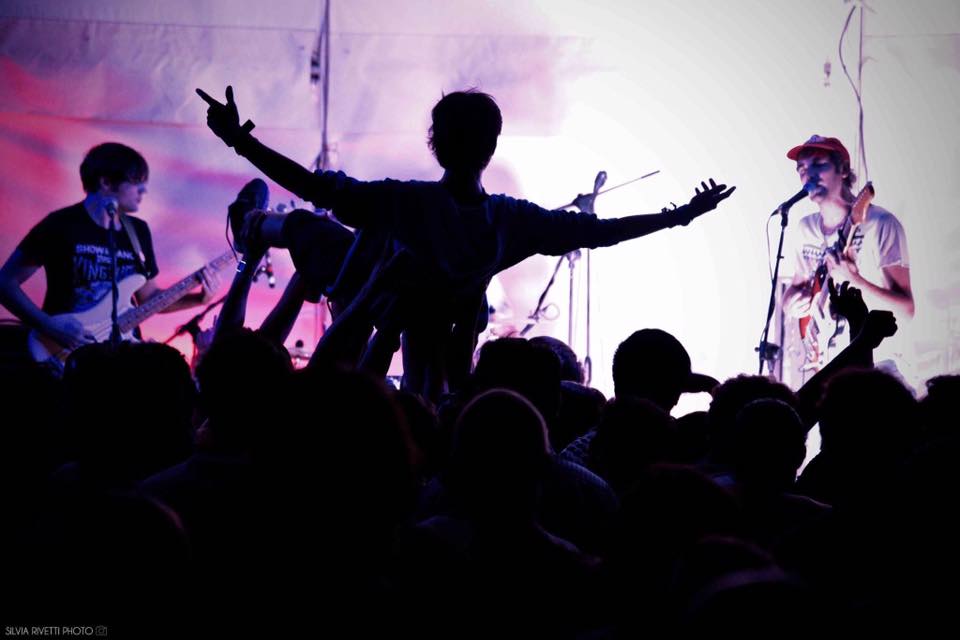 Applications were being accepted until July 31, 2018, which were available to all bands and musicians from the participating countries.
From all applications received, the festival partners have now nominated the best young musicians from their respective countries for INES#talent 2019. With INES#talent in 2019, the most promising young artists in Europe will have the chance to perform at up to 12 showcase festivals and thus present themselves to an international audience, but above all to the international music industry.

A total of over 100 slots will be available exclusively for the sponsored artists at all participating events in the coming year.
The participating festivals are: Bee Bee Sea formed in 2013 and soon started to get recognition in Italy for their energetic live shows.
In 2015, Bee Bee Sea released their self-titled debut album (first pressing is now sold out) via Glory Records, the band’s own label.
During that year, they started working with Rome-based booking agency Asap Arts and toured Italy, Switzerland, France and Germany, supporting important artists such as Thee Oh Sees, Black Lips, The Night Beats and King Khan & the Shrines.

In April 2017, the band recorded their most recent full-length, Sonic Boomerang, live at Tup Studio in Brescia (IT) with producers Bruno Barcella and Alessio Lonati.
The record has been released on Nov. 17, 2017, by Dirty Water Records USA (cassette, digital) and Wild Honey Records (vinyl).
Tracks from Bee Bee Sea has been featured on Showtime tv series Shameless (Season 8, Episode 10).

In October 2017 the band signed its first management contract with Italian company Hoodooh snc and its first publishing deal with Italian publisher Punx Crew.
Right after “Sonic Boomerang” release the band started getting attention from the US music industry, receiving an invitation to perform at Pickathon Festival and having a lot of attention from the North American music press and college radio (#3 on KZSU Top 30 weekly, chart, #7 on WMBR weekly chart).

Dreamy textures, downtempo and lo-fi strongly influenced by Hip-Hop and “Beat Music”. Thoughts, images, music and galaxies, catching experiences and visions. A project that moves through music on another imaginary world.