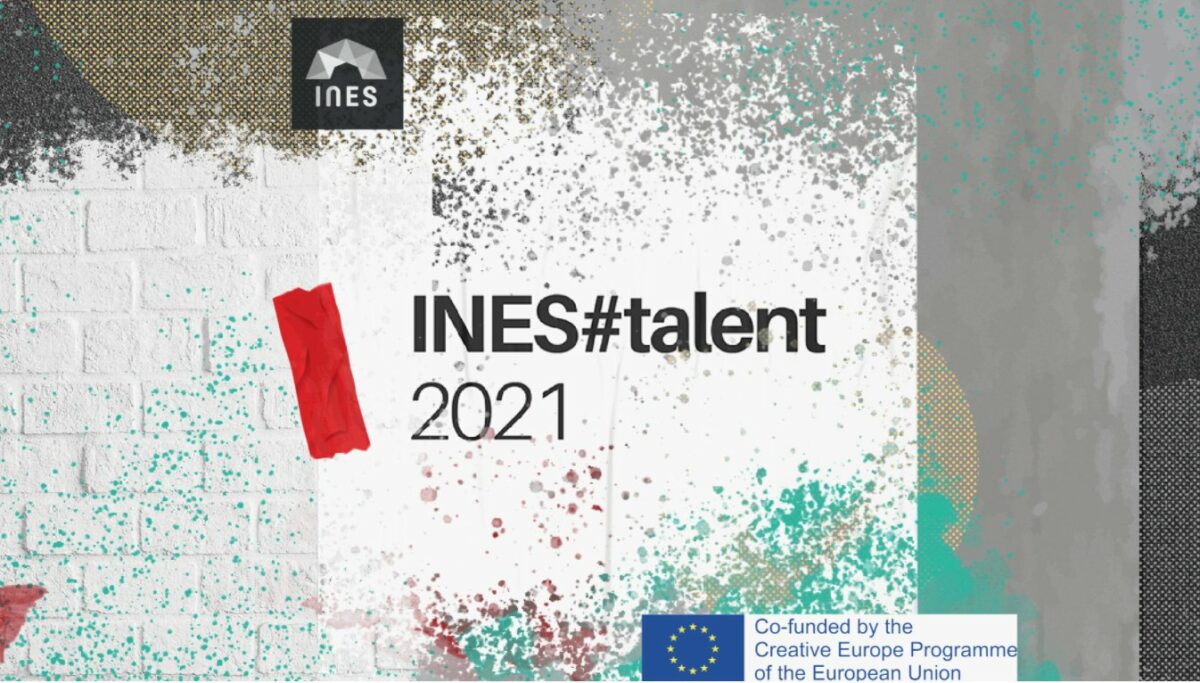 Among hundreds of applications, only 79 talents made it to the INES#talent 2021 programme. For the first time this year, talents from Greece nominated by Music Showcase Greece will join the pool and have the opportunity to further their international careers!

Cactus?, Rev Rev Rev and Tropea are the three artists from Italy which have been selected as INES talents 2021.

This year again, the INES#talent 2021 programme will help European artists further their international career. In spite of current uncertainties, gigmit and the 20 participating festivals have decided to pursue the programme. 79 talents from 19 European countries will join the pool this year.

The INES#talent programme has many advantages. If artists get booked at an INES#festival, they will be provided with a minimum 250€ compensation/fee. They will also receive compensation for accommodation and festival passes and a conference ticket.

Cactus? is a three-piece band from the industrial plains of Northern Italy.
In 2016 they release their debut EP “Sorry for My Accent” on their own label From da Cove, taking inspiration from the British Indie/Lo-Fi scene. The record is well-received by the critics and it is led by the single “I Don’t Think It’s Good for You to Stop Smoking” which is eventually added to the Spotify playlist “Best of Indie” by Domino Records (Arctic Monkeys, Franz Ferdinand).
While their popularity keeps rising, they are contacted by Denver indie rapper Bodhi to co-produce “Amazing, Pt.1” an instant hit both on Youtube and Spotify: the video for the song gets viral helping the Spotify streams reaching 500k.
The newest LP “No People Party” has been released this past February under the label Costello’s Records. The record sees the band moving to a more hand-crafted sound combining influences from the dance-punk phenomenon of the mid-00s with the current Lo-fi Bedroom movement, adding to the mix 80s synths and samples.

Named as ‘One of Europe’s finest ’gazer bands of the last decade’ [Daily Bandcamp], Rev Rev Rev re-metabolize shoegaze and psychedelic rock elements in a loud, woozy, fuzz-driven way.
Since the debut, their signature wall-of-sound has inspired rave reviews, with single “Catching a buzz” spun on BBC6 (Steve Lamacq, Radcliffe and Maconie) and sophomore album ‘Des fleurs magiques bourdonnaient’ praised by influential webzines like Drowned in Sound, Clash Music, Sounds better with reverb.
Their live set at Manchester’s Cosmosis Festival, headlined by The Jesus and Mary Chain, Brian Jonestown Massacre, The Raveonettes and WIRE, kick-started a 44-date tour touching UK, France, Belgium, Austria, Switzerland and Italy, during which the quartet shared the stage with The Telescopes, Ringo Deathstarr and Gonjasufi. In Italy, the band was ranked among the best live shows by 200 Italian promoters of the KeepOn Live indie network.
The new album Kykeon, produced by James Aparicio (Spiritualized, Cult Of Dom Keller, Dead Vibrations), has been released in September 2019 on cult indie psych label Fuzz Club.
Their set at SXSW 2019 impressed, among others, Bob Boilen of All Songs Considered and earned them a feature on NPR’s festival wrap-up as well as airplay on the network’s radios.
The band has recently performed at Eurosonic 2020, where they have been recommended by Clash Music among the “five new bands to watch out for”.

Songs about dreams, ASMR, internet subcultures, cringe life and self-awareness.
Tropea is a pop band from Milan born in 2017, among the hot names of the Italian alternative scene.
Currently digging ’00s synth-wave, ’80s post-punk, and ’60s beat, their music is laid-back and intense at the same time, like a sleepover party gone wild. Tropea are Pietro, Mimmo, Piso and Claudio. They’ve defined their style as “pyjama music for pyjama people”.

In December 2019, after a tour that saw them on more than 30 Italian stages and festivals (including Linecheck Showcase Festival, MI AMI Festival and many more) with their 1st EP “Sad Reacc Only”, Tropea published on January 24th the 2nd EP “Your Wonderful Time”, which the artists played live for a short tour in northern and central Italy, interrupted by the covid-lockdown.

“Might Delete Later” is their 3rd EP, recorded on the hills of Serole (Piedmont) and produced in self-isolation during 2020 Covid-19 lockdown.
In June 2020, “Technicolor” was SONG OF THE DAY on KEXP Radio in Seattle, hosted in The Afternoon Show by Dj Kevin Cole.