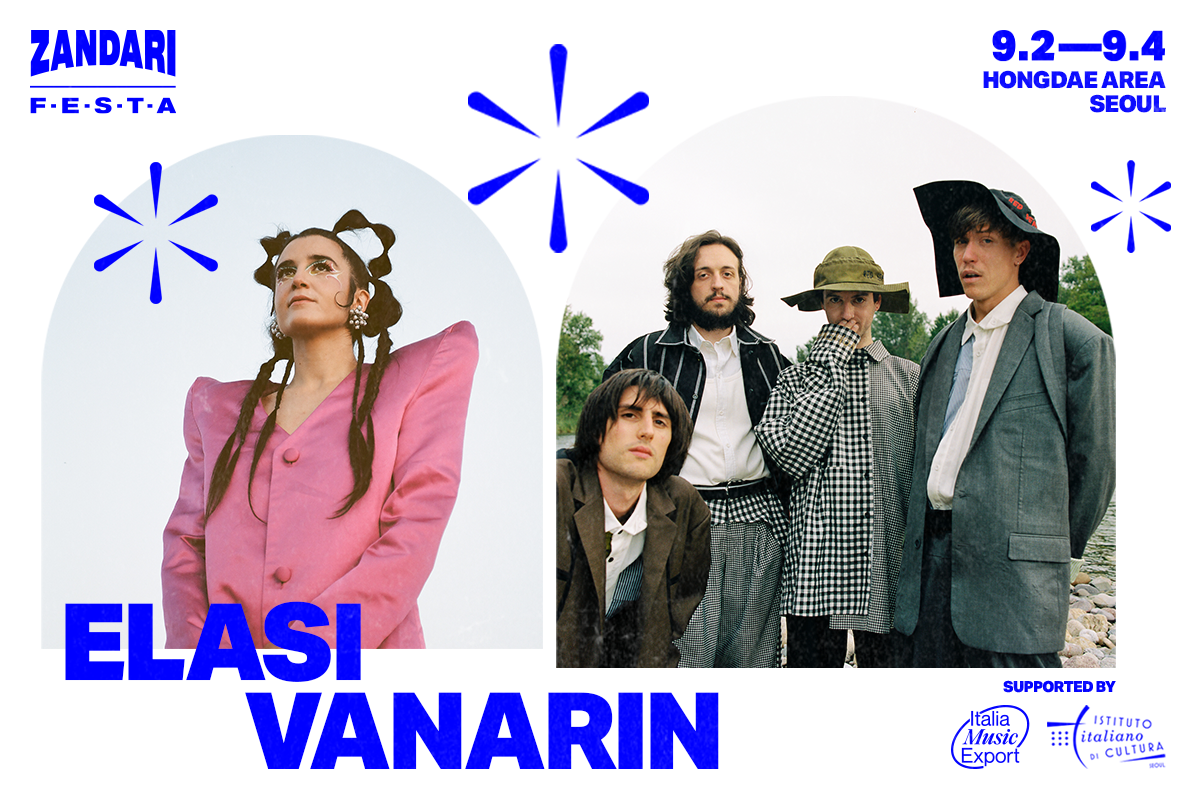 The Italian artists Elasi and Vanarin are going to perform in Seoul in a few days.

Italy will be represented at Zandari Festa 2022, one of the most important showcase festivals in South Korea that will be run from September 2 to 4 in Seoul, Hongdae Area.

Have a look at the two exceptional Italian artists who are going to perform.

ELASI is a singer-songwriter, guitarist, and producer whose musical style is imbued with journeys through real and imaginary worlds. Where does ELASI come from? From Alexandria (Egypt?), a Cuban fruit garden, a Tokyo game arcade, a Berlin suburb, an Asian oasis… In her tracks, we hear exotic beats, ethnic instruments and digital experimentation which cross any geographical and genre boundaries. In 2018, she released her first single, Benessere, and performed at prestigious festivals, including MI AMI festival and Home Fest. ELASI’s latest work is OASI ELASI, released in 2021.

Listen to Elasi on Spotify

Vanarin are an Anglo-Italian band that was formed in July 2016. The band consists of David Paysden(Vocals, synths), Marco Sciacqua(Backing vocals, guitar), Massimo Mantovani(Vocals, bass, guitar) and Marco Brena(Drums, percussions). Vanarin’s music is the perfect mix of Brit-Pop, R’n’B, and Neo-Soul.
The band is noted for their energetic performances and elaborate 3-part harmonies. They work towards a unique sound, integrating everyone’s input during the creative process, respecting differences in taste and working towards an innovative result that maintains a Pop edge. The band released their first EP Vanarin on 6 January 2017 and played gigs all around Italy and Europe, then in 2018, they released their first LP Overnight.
In January 2021 their latest album Treading Water came out via Dischi Sotterranei.

Listen to Vanarin on Spotify

The Italian shows at Zandari Festa are supported by Italia Music Export in collaboration with the Italian Cultural Institute of Seoul.