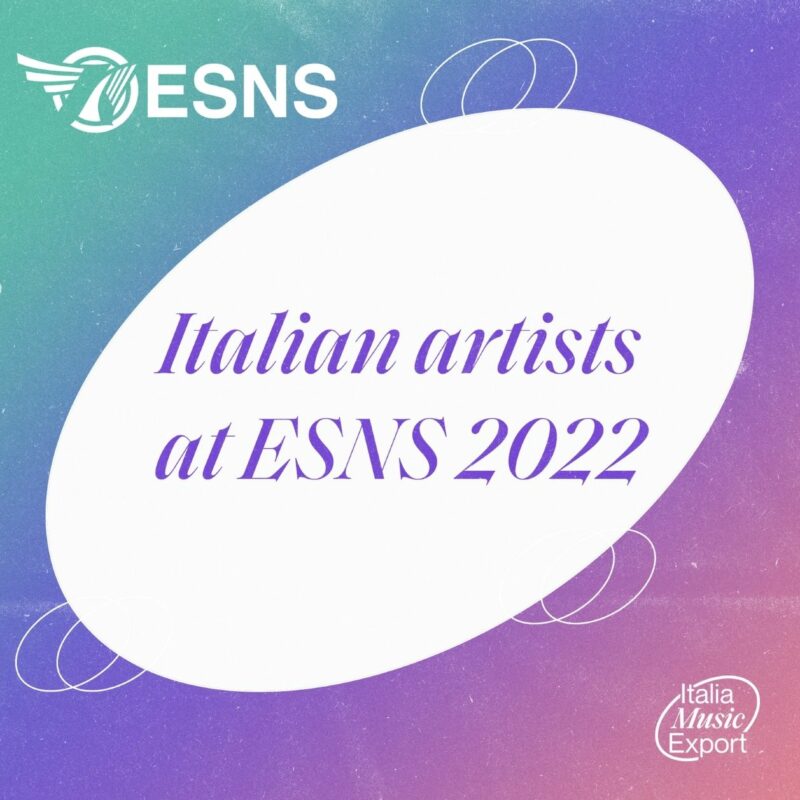 Unveiled the 12 names of Italian artists participating in Eurosonic Noorderslag 2022, better known as ESNS. The event takes place from January 19th to 22nd in Groningen, the Netherlands, and Italy will present some of the most interesting personalities of its music scene, focusing on variety and originality.

The Eurosonic Noorderslag was born from the idea that music transcends any border. Whether it is a matter of barriers in terms of geography or culture, music allows to connect people and this is the main goal of ESNS. The program includes conferences, interviews, workshops, presentations, and, at night, showcases where European artists can present themselves to an international audience of professionals and music lovers.

Due to the pandemic situation, the 2022 edition is going to be entirely digital. The festival will be available, free of charge, on esns.nl.

One of the most international figures will be at ESNS 2022. Gaia, born in 1997, is an Italian-Brazilian artist deeply influenced by her Latin origins. She composes and sings both in Portuguese and Italian, managing to create a perfect mix between two different and geographically distant cultures. After her triumph at the talent show Amici in 2020 and her success at Sanremo the following year, Gaia is ready to bring her original musical proposal at the crossroads of exotic, funk-pop, and R&B to the European festival par excellence.

Another encounter between cultures takes place in the music of Linda Feki, aka LNDFK. Singer-songwriter and producer, she reworks in her pieces her two origins, Italian and Tunisian. In particular, LNDFK seems to search for those exotic roots that were lost while growing up and living in Naples. In her creations stands out a unique combination of jazz, neo-soul, and hip hop that over the years has also been appreciated by international critics.

Directly from Mantua, a/lpaca is a psych-rock band. Their debut album, Make It Better, was released in March 2021 in four countries: Italy, the United States, Germany, and the United Kingdom. The rock atmospheres from the past and present are mixed in the various tracks, thanks to the combination of keyboards and guitars. At ESNS 2022 they will perform live the slogan of their musical project included in the title track, that is “take the time for the beat and this time make it better”!

Another rock note in the Italian palmares is given by Jacopo Incani, better known as Iosonouncane. His music career began with the band Adharma, while his solo project started in 2008. Already in his debut album, La Macarena su Roma, interesting sounds come together, also due to the combination of lo-fi electronics and traditional songwriting features. After five years of work, in 2021 came out IRA, in which the evolution of the Sardinian singer-songwriter and his openness to international atmospheres can be perceived, embracing well the concept behind which ESNS revolves. 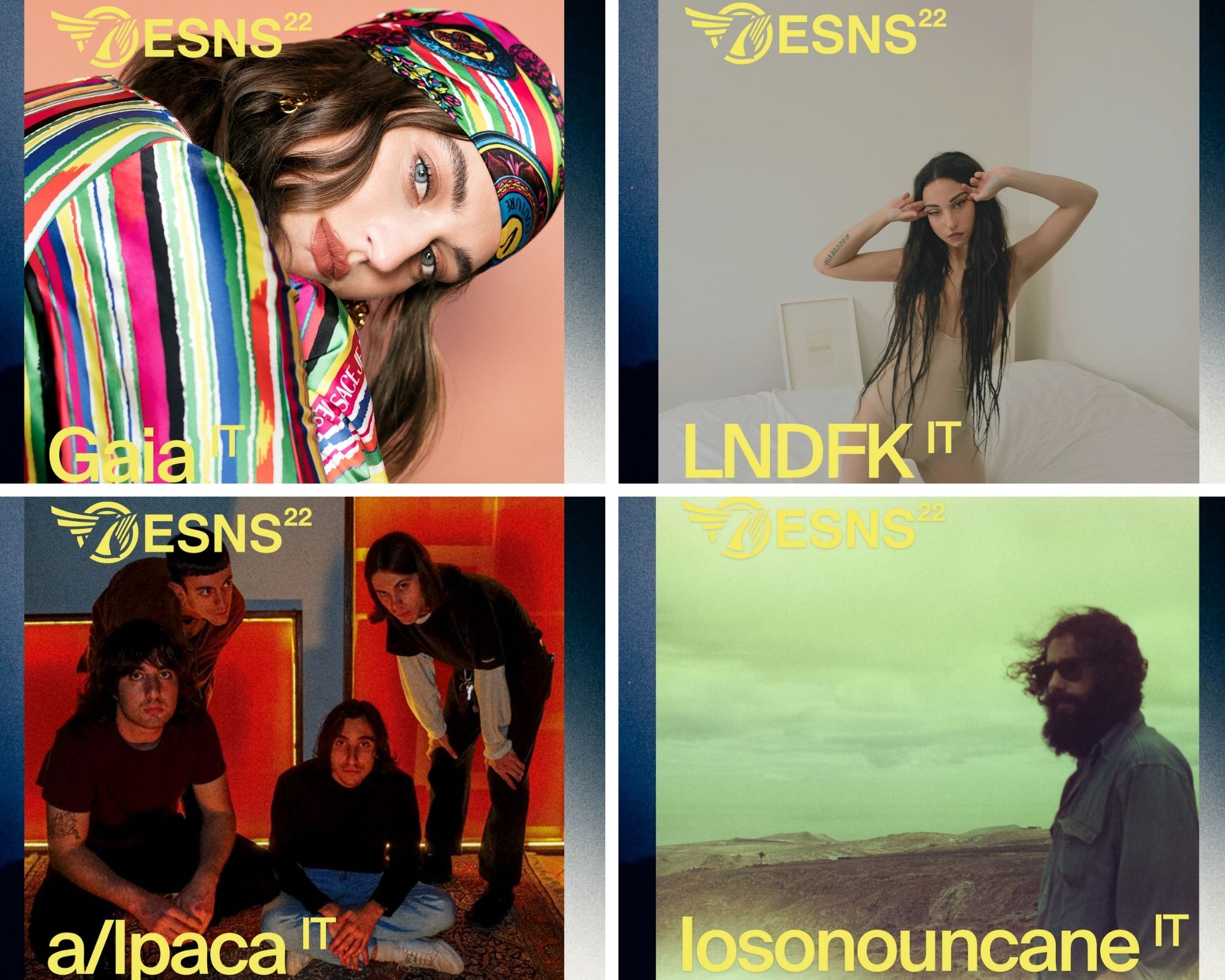 Unique in its kind is Marta Del Grandi, an eclectic singer-songwriter who in her musical research combines multiple influences. She creates a fascinating mix of oriental and exotic sounds, jazz, and even the ability to transport to the West Coast ‘60s. This particular union is also due to the period spent by Marta in Nepal, where she was able to get in touch with the culture and music of that country, letting herself be “soaked” by them. Until We Fossilize (via Fire Records) is her latest work and at ESNS 2022 she will bring a very personal indie dimension, one that combines the modern and the ancestral spirits.

If we talk about breaking down space-time frontiers. Shunaji is the perfect example. Producer and singer-songwriter, Shunaji creates her personal universe by her music, in which her Nigerian origins, the years spent in Rome, and the present in London converge. All this translates into sounds ranging from alternative hip hop to jazz, from neo-soul to electronic. Her latest work, Cosmic Blues, dates from 2020 and she is currently recording her fourth EP, after receiving an award from Help Musicians’ (Do It Differently).

Samuele Gottardello, aka Blak Saagan, is a Venetian artist with an original musical proposal. The Italian psychedelic tradition from the Sixties-Seventies meets the typical sounds of ambient music, electronic rhythms, and drone style. In his first album of 2017, A Personal Voyage, he wanted to explore space and the otherworldly, particularly influenced by the work of cosmologist Carl Sagan. However, in the recent Se Ci Fosse La Luce Sarebbe Bellissimo record, Blak Saagan shifted his focus to the brutalities of planet Earth. Who knows if at ESNS 2022 he will present a sort of Purgatory, at the crossroads between Hell and Paradise.

Born in 2003, ANNA is a real rap fan, grown up among her father’s vinyls and immersed since she was a child in the atmosphere of American urban culture. Her debut single BANDO achieved a worldwide success that brought her to double platinum in Italy and important collaborations in remix versions, including the one with Maxwell. The latest milestone of her career is Drippin In Milano, a single that soon became a radio and club super hit and reached the gold certification in September 2021. 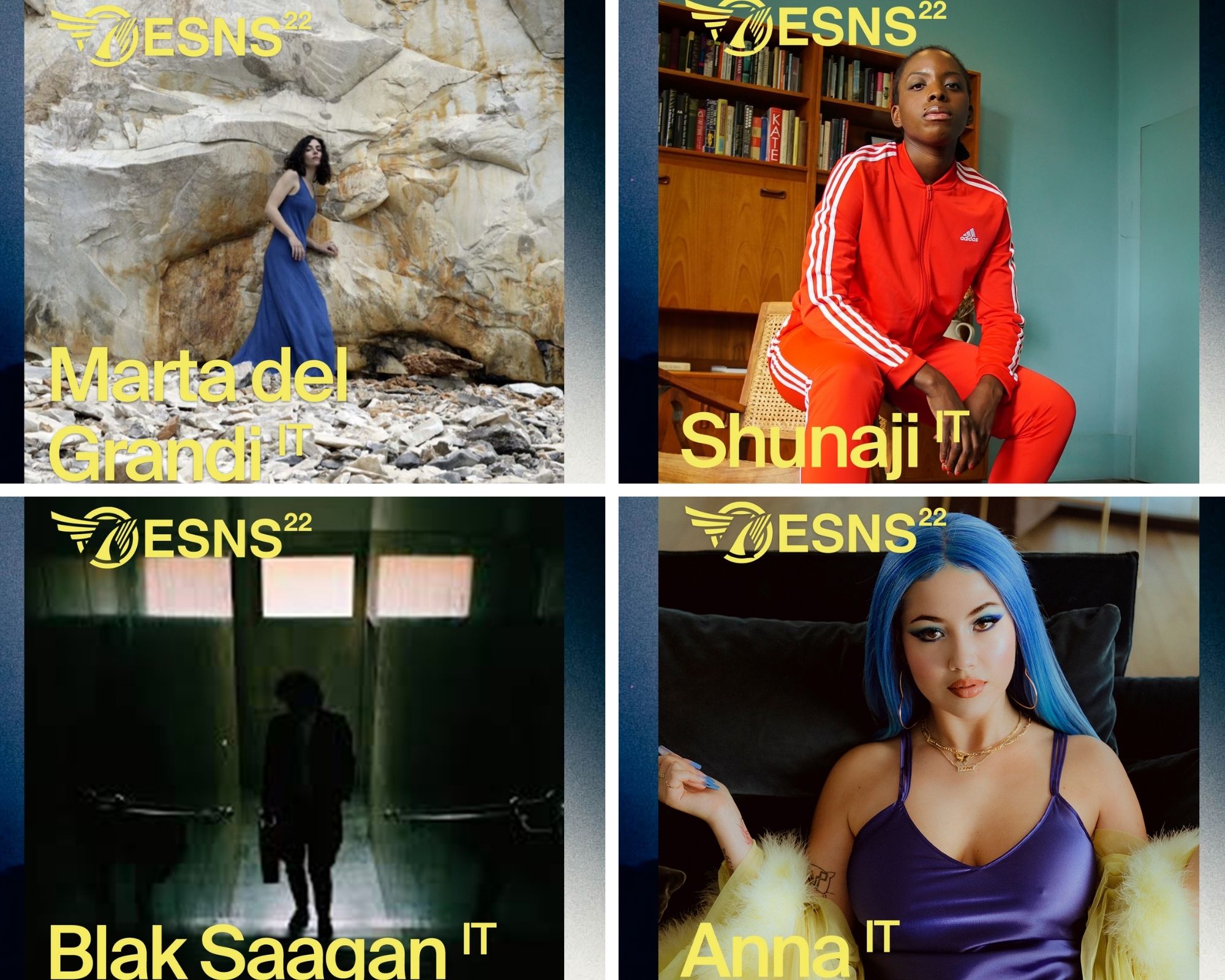 Indie, psychedelic, and more “traditional” rock come to life in Big Mountain County’s music, a Roman band formed in 2012. In a few years, they achieved international success, thanks mainly to their participation in important festivals such as Sziget and Rome Psych. In 2016 their first live album was released, while their latest work, Somewhere Else, dates from 2020 where they explore the various aspects of the personal search of themselves.

Between rural Sardinia and eccentric London, there is Chiara Floris, better known as BLUEM, singer-songwriter, and producer born in 1995. Passionate about music since childhood, she moved to the UK capital to study Music Performance and Production. There began to compose and produce her own original songs. Between soul, pop, and electronic sounds, BLUEM in 2021 released her first album, NOTTE, with seven new songs.

Qlowski‘s career spans between Bologna and London. With strong punk influences, this band released in June 2021 its first album, Which Future?, which features Lindsay A. Corstorphine’s production. The result is a post-punk, darkwave, and noise rock manifesto, capable of conveying the band’s complex musical vision. 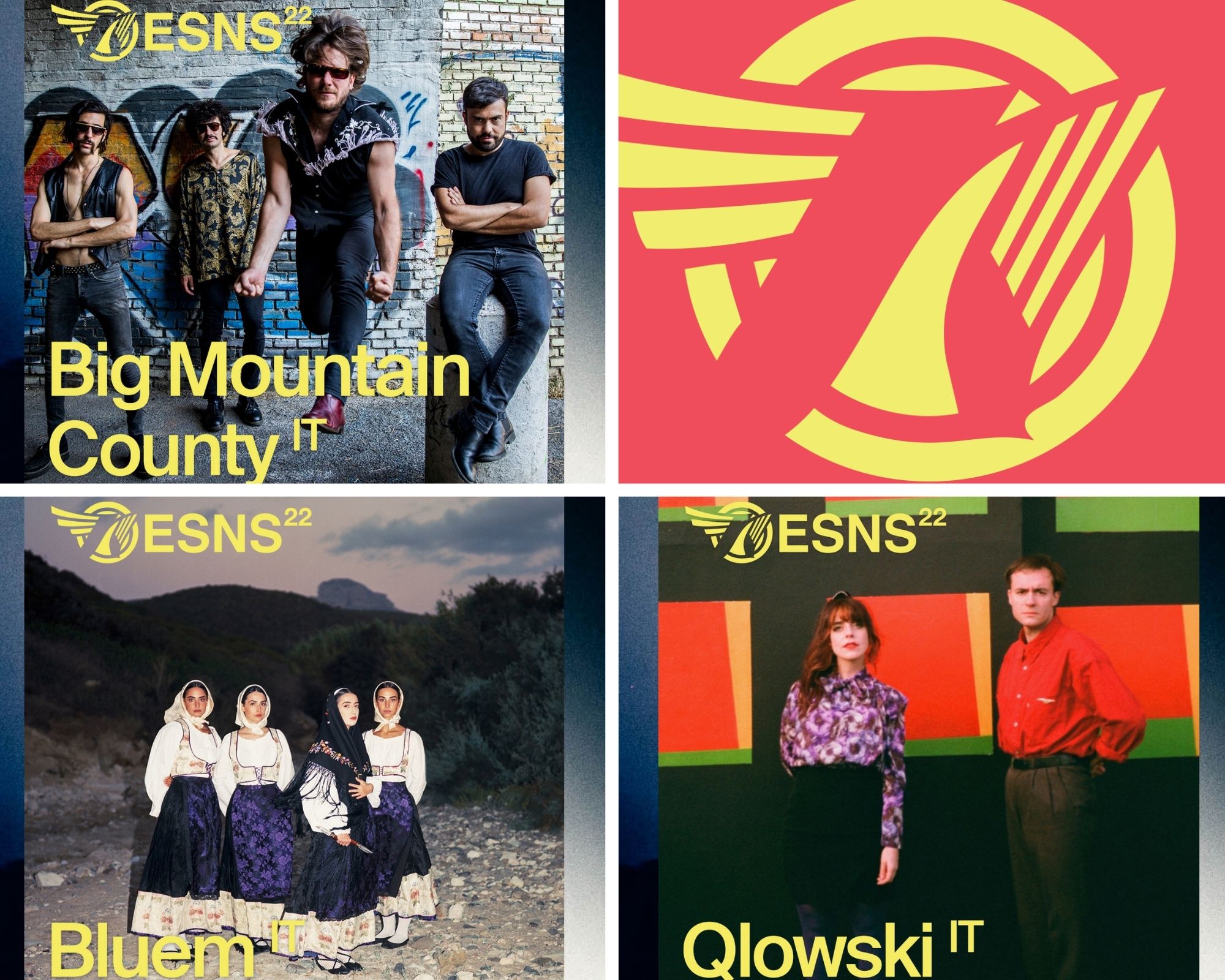