Waves Festival is a showcase and conference event held every September in Vienna, Austria.

Italian band a/lpaca will perform on September 10th at Weberknecht from 19:00. 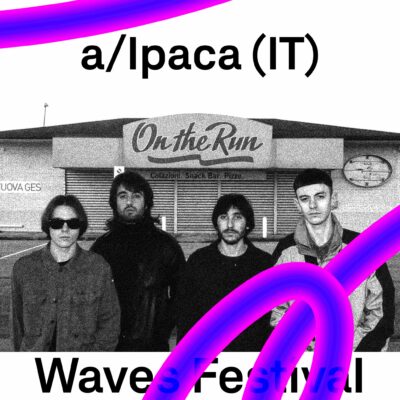 Directly from Mantua, a/lpaca is a psych-rock band. Their debut album, Make It Better, was released in March 2021 in four countries: Italy, the United States, Germany, and the United Kingdom. The rock atmospheres from the past and present are mixed in the various tracks, thanks to the combination of keyboards and guitars.

Listen to a/lpaca on Spotify.

NEWSLETTER Subscribe to our newsletter and get all the latest news about Italian music
NEWS 21.09.2022

New Candys are touring all over Europe!