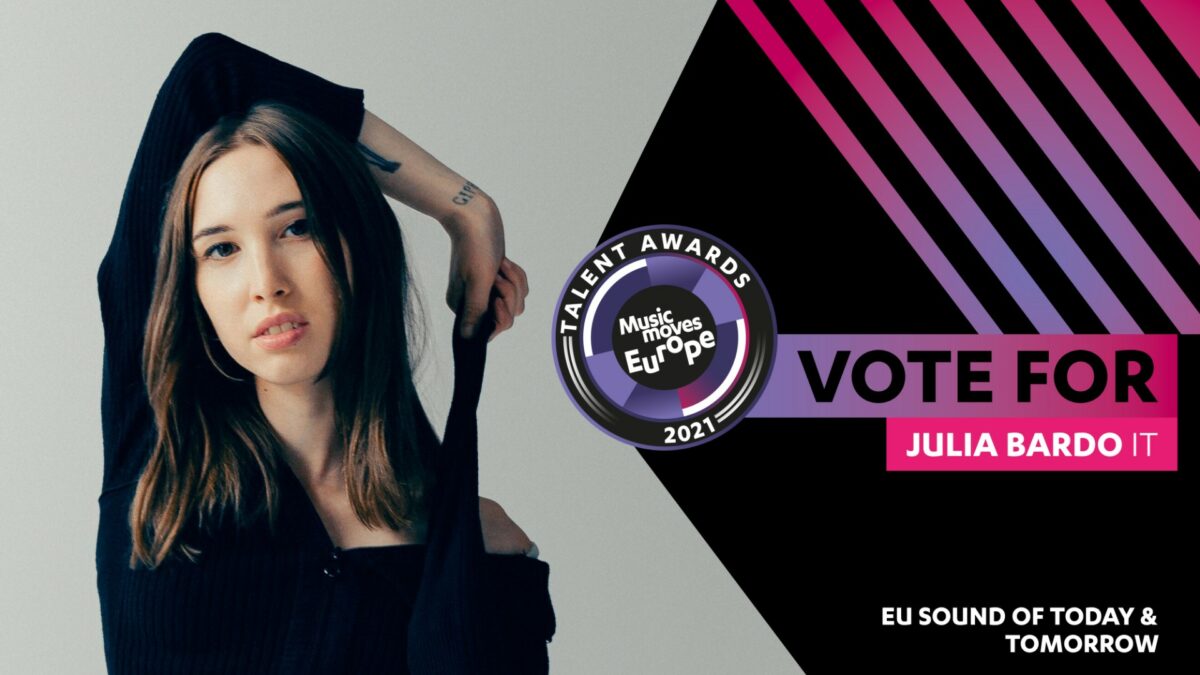 On September 18th, the nominees for the Music Moves Europe Talent Awards were announced at the Reeperbahn Festival in Hamburg, Germany in presence of the European Commissioner for Culture, Mariya Gabriel. This annual EU prize for popular and contemporary music co-funded by the Creative Europe programme celebrates emerging artists who represent the European sound of today and tomorrow. All winners will be revealed at the awards ceremony on January 15 during ESNS (Eurosonic Noorderslag) 2021 in Groningen, The Netherlands.

A total of sixteen outstanding artists are nominated for the Music Moves Europe Talent Awards 2021, among them there’s the Italian Manchester-based singer-songwriter Julia Bardo.

Julia Bardo developed her talent in her father’s bar in Northern Italy, before deciding on a courageous move to Manchester, where she blossomed as a solo musician. Her striking talent was quickly picked up and her debut EP Phase came out in March via Wichita Recordings, co-produced by Henry Carlyle Wade of The Orielles. Bardo’s music illustrates her constantly changing world through diary-like observations, influenced by the Italian ‘60s music she grew up with and modern heroines like Cate Le Bon, Angel Olsen, Aldous Harding, Sharon Van Etten and Weyes Blood.

You can vote for her by clicking here.

All 16 acts will be awarded promotional support as well as a performance at ESNS, with the 8 winners receiving a prize of 10,000 Euros. Music fans can also choose who they want to win the Public Choice Award, with voting open from now until 7th January, with the winner receiving an additional 5,000 Euros.