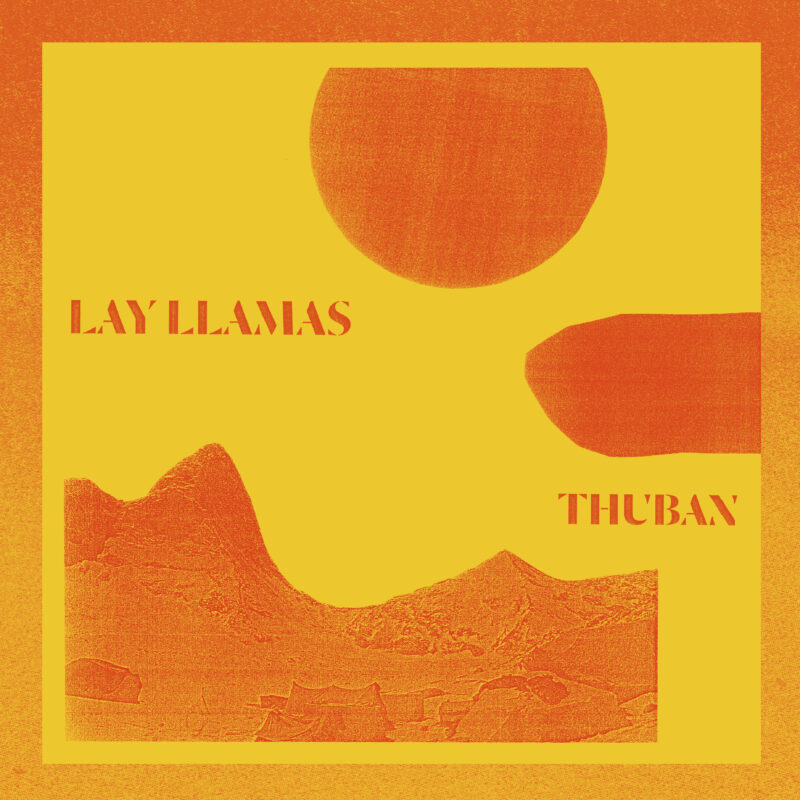 Four years on from Lay Llamas’ Rocket Recordings debut ‘Østro’, Lay LLamas, this Italian-based astral-voyaging collective, led by Nicola Giunta – have manifested a revelatory official follow-up in the form of ‘Thuban’ – a travelogue powered by a pan-global fascination with rhythmic hypnosis and an unquenchable experimental mindset. ‘Thuban’ will be released on June 15th via Rocket Recordings.

True to form, ‘Thuban’ maps out terrain in which collaborators from Clinic and Goat contribute to the air of earthy vibrancy and fertile exploration. Moreover, Mark Stewart of The Pop Group’s spoken-word contributions to the searing ‘Fight Fire With Fire’ (styled by Nicola as ‘dystopian afrobeat’) steers the album to new pinnacles of intensity informed by science fiction yet with explicitly political force:

“’Thuban’ talks about ancient sea travels, ancient cultures, ancient rites, but also about today’s travellers, travellers from all ages” Nicola surmises, “Travellers that are still looking for their ‘Thuban’, for their polar star to reach a safe place to live with their family.”

Listen below to the first single ‘Silver Sun‘ taken from ‘Thuban‘: