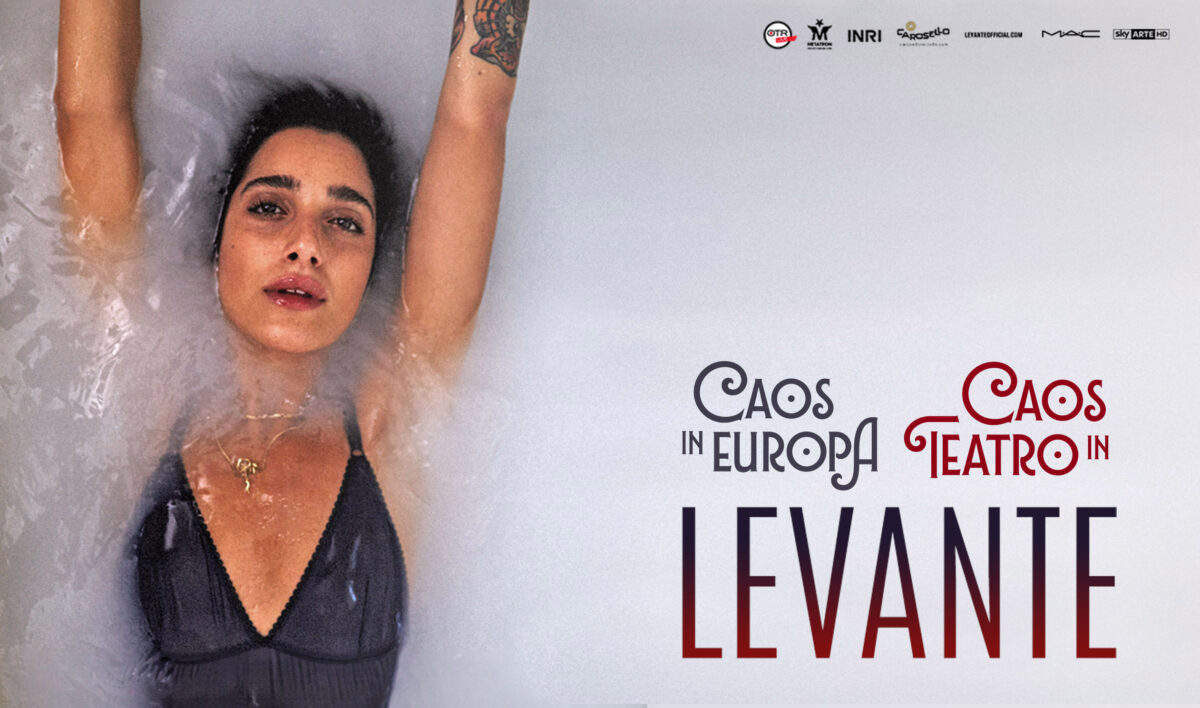 After an extraordinary year marked by the success of the latest album “Nel Caos Di Stanze Stupefacenti” (Carosello), of her first novel “Se Non Ti Vedo Non Esisti” (Rizzoli), two sold-out tours and the television debut as judge on Italy’s The X Factor, Levante is ready to hit the stage with a whole new show, playing over 20 concerts in Italy and across Europe.

The first leg of the tour, “Caos In Europa” starts in Barcelona and in Madrid (both shows are already SOLD OUT) respectively on February 8th and 9th, followed by Lisbon (February 10th), Amsterdam (February 12th), London (February 13th) and Paris (February 14th). The European Tour will see a more rock and explosive show suitable for the club vibe of European capitals.

From the end of February the show of “Caos In Teatro” arrives in the most important Italian theaters, and will see a more intimate and elegant set, where songs will be embellished with new arrangements; the band will be joined by strings and the stage will be framed by a new set design (with Camilla Ferrari as light designer and Filippo Rossi as visual designer) that won’t fail to amaze the audience.