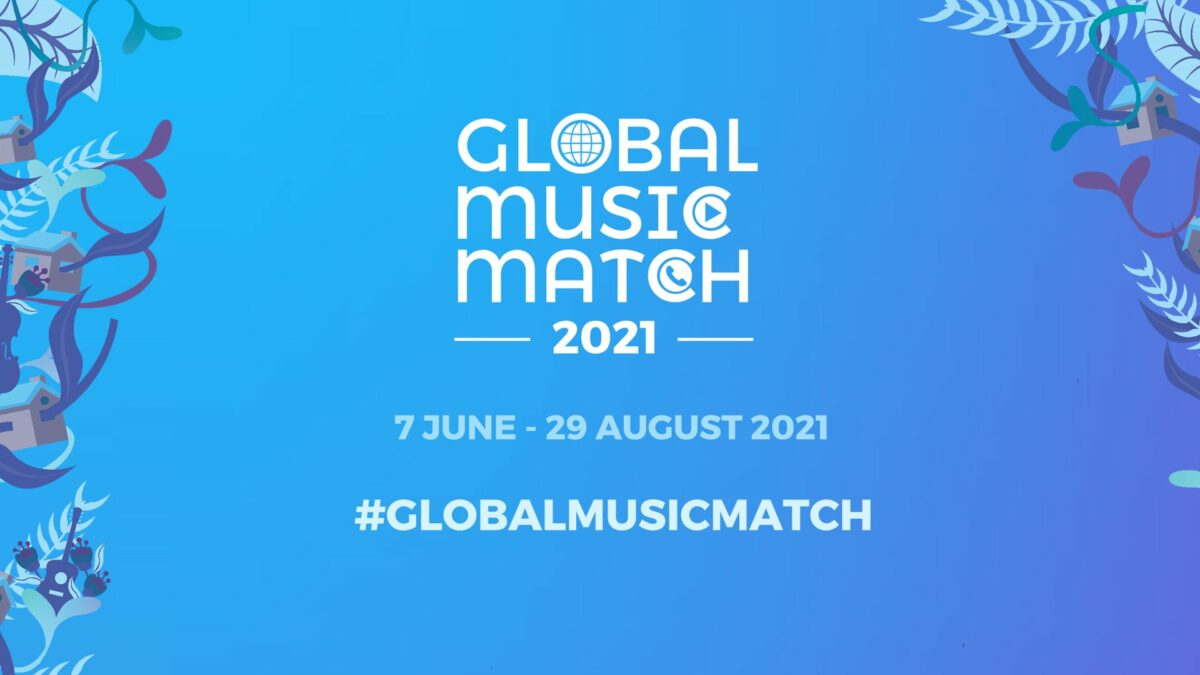 Artists from around the world have been grouped into international teams of six, from different countries, and over the coming 12 weeks will collaborate with each other across social media. Each act has an assigned two-week Featured Artist period, during which time their five team-mates will introduce them to five new audiences around the globe – rotated amongst all artists, up to the end of August.

With 78 artists, 13 teams of six will operate simultaneously, across borders, countries and timezones, introducing audiences to three months of new music, whilst artists largely remain unable to tour internationally. Italy will be represented by Mombao and Fanfara Station!

Born out of the COVID-19 pandemic, and created as a unique and direct response to the sudden limitations imposed on the worldwide music industry – and in particular, international showcasing – Global Music Match seeks to enhance and develop artists’ international fanbases, presence and peer connections in global markets.

Not only that, but the 2020 edition established lifelong working partnerships, market development, substantially enhanced international networks, and collaborations across the globe – all during the most challenging year the live music industry has ever known.

Global Music Match 2020 ran throughout August to October 2020, and officially wrapped with a four-hour showcase of the project and its collaborations at Folk Unlocked, the acclaimed digital edition of the Folk Alliance International (USA) conference in February 2021. On top of the strategic aims central to Global Music Match, February’s Global Music Marathon illustrates just one example of the international music industry taking serious note of the project – as well as the calibre and export-readiness of participating artists – presenting them to hundreds of leading buyers, bookers, programmers and presenters at the world’s largest folk-based music conference.

Iceland’s Svavar Knútur, who participated in Global Music Match 2020, said: “Global Music Match has impacted me both personally and professionally on so many levels. While it boosted my confidence and networking skills, it also pushed me to develop new talents, both visual and technical, that all support a DIY artist’s toolbox. GMM also opened my eyes to lots of possibilities and prospects regarding touring, co-writing and all kinds of collaborations around the world. I made friends for life and started new creative projects that I would never have dared to before. The world can seem like such a huge and daunting place sometimes, but through GMM, I realised that it can also be a village, full of friends and neighbours that are ready to help each other. If there’s a simple way to word it, GMM pushed me to grow and helped me overcome a lot of home-made hurdles.”

Showcase Scotland Expo Executive Producer, Lisa Whytock said: “We’re really excited to see Global Music Match kick off again next week. The idea came about on a Zoom call between myself and Millie Millgate of Sounds Australia early on in the pandemic last year, and we have since seen it grow to include so many export organisations and artists – all of whom continue to amaze us with their positive outlook and enthusiasm for the opportunities it presents”.

“Over the last year, everyone has been connecting through social media – yet Global Music Match really harnesses the power of collective markets, and ultimately the goodwill and supporting nature of the worldwide music community. We are really looking forward to seeing how all the artists work together this time round. With so many from around the world, most of the musicians won’t have met in person – let alone toured in their respective countries – so once again it really is going to establish new and lasting international connections”

For further information, head to www.globalmusicmatch.com, or search for the hashtag #GlobalMusicMatch to check out the worldwide introductions to new artists.