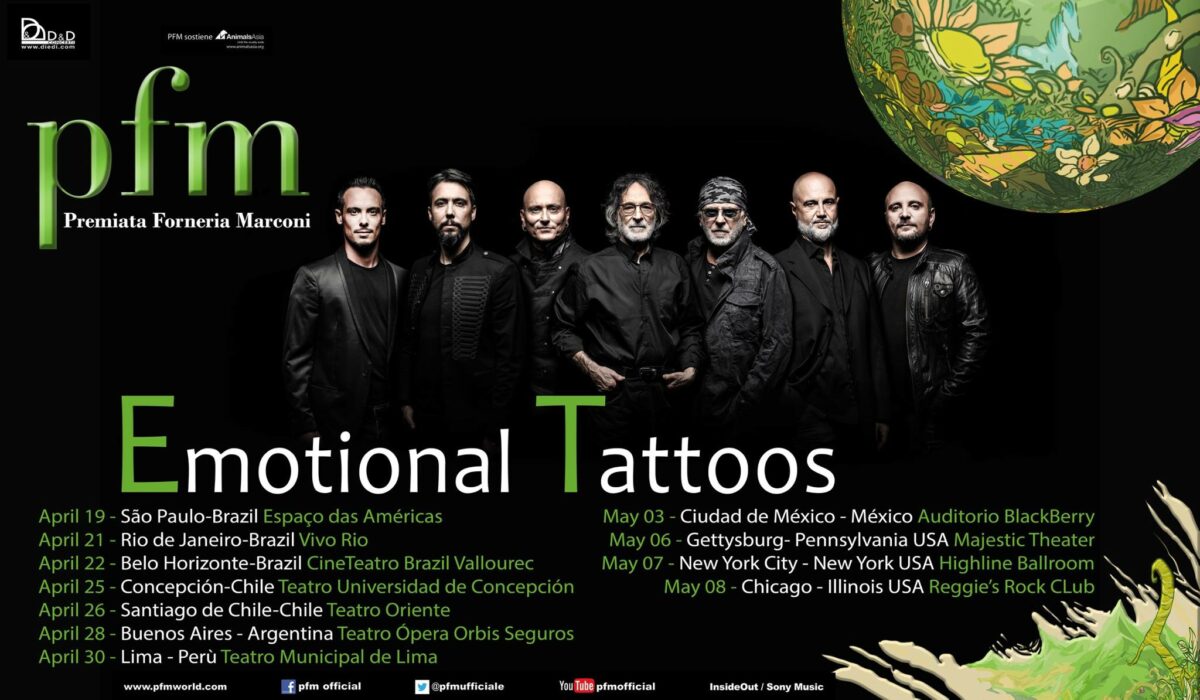 After the huge success of the Italian and Japan tours, PFM – Premiata Forneria Marconi is ready to fly to America with their ‘Emotional Tattoos Tour’. During this big tour the band will play their greatest hits and their latest songs from their new album ‘Emotional Tattoos’ (out last October on InsideOurMusic/Sony Music).