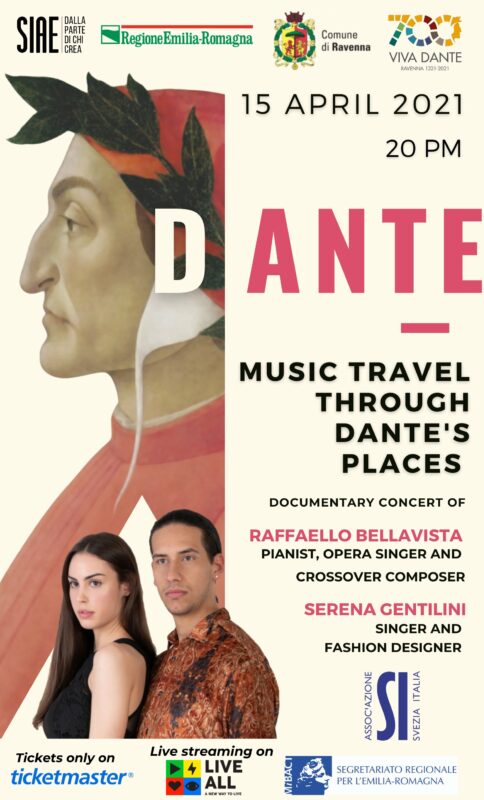 A music travel through Dante’s places: pianist Raffaello Bellavista and opera singer Serena Gentilini will lead us through a musical journey in their new concert inspired by Dante’s Divine Comedy.
The show has been shot in incredible places in the Emilia Romagna region: the tomb of Dante Alighieri, the Classense Library, the Municipality of Ravenna, the peninsula of Boscoforte, and a particular auditorium on the hillside of Rimini.
The concert recreates in music the travel from Hell to Heaven described in Dante’s Divine Comedy, through some of the most well recognised piece of classical music: the “Dante Sonata” by Liszt and two opera arias from “Don Giovanni” of Mozart will represent Hell, the famous “Moonlight Sonata” by Beethoven will represent Purgatory, and finally singer Serena Gentilini will evocate Paradise performing songs linked with the essence of heaven and love.

Tickets are on sale on Ticketmaster and the concert will be aired live on April 15th at 8pm.