PLACE TO BE: discover Kety Fusco

Over the course of September, four incredible Italian artists will play in three extraordinary locations in Italy for PLACE TO BE a series of exclusive performances live-streamed via DICE TV : Nu Guinea surrounded by vineyards in Monferrato, Clap! Clap! and Kety Fusco from the medieval village of Civita di Bagnoregio, and Calibro 35 set in the mystical atmosphere of the archaeological site of Egnazia within the Fasano area.

PLACE TO BE, is an exclusive format where landscape, creativity and performing arts come together, a project created by IMF (Italian Music Festivals) and promoted by The Italian Ministry of Foreign Affairs and International Cooperation within the “ESTATE ALL’ITALIANA FESTIVAL’.

On September 9th (free tickets here), the producer and DJ Clap! Clap! and the queen of the electric harp, Kety Fusco, will play in the medieval village of Civita Bagnoregio (Lazio region). Let’s get to know more about the latter. 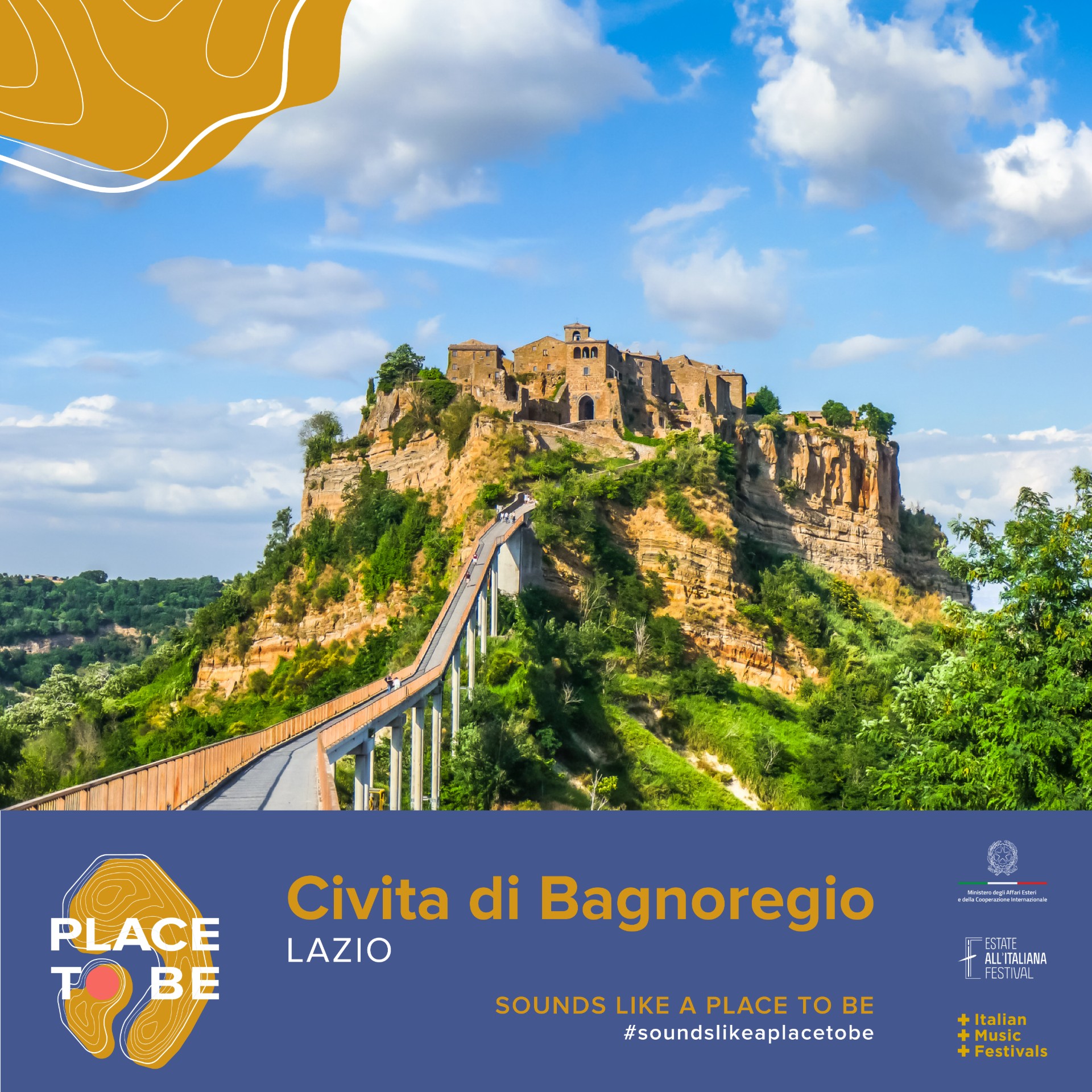 Born in Pisa, Kety began playing the Harp at the age of 6 and shortly after she was admitted to the Lugano Conservatory. The years of the conservatory have left a deep trace in her: music has led her to an extreme form of autism that the psychologist himself has defined “autism of the harp”. Having lost contact with the surrounding world and not being completely satisfied with the work done, Kety decided to experiment with a new instrument, the electric harp.

Faced with a tormented period, but determined and convinced that she has taken the right direction, Kety began various collaborations and in January 2018 she composed her first song ‘Floating Fragments’, a unique composition of its kind, created with electric harp, loop machines, synthesizers, sub. Classically inspired but with electronic/experimental influences, Kety does not forget the lesson of the great musicians including Alva Noto, Yann Tiersen, Jon Hopkins, Terry Raley.

In September 2018 she organized her Italian tour which saw her in concert in Rome, Milan, Florence, Pisa and Lucca in January 2019. The first single ‘Medusah’ was released at the beginning of 2019 for the label United Soloist. In June 2019, Kety Fusco left for her European ‘Space Harp’ tour playing in important cities, prestigious places and international festivals such as Rockomotives, Il Festival dell’Amore, OpenSound Festival.

In September 2019 Kety played in the most prestigious hall of the federal parliament in Bern on the occasion of the end of the legislature. Her song ‘Medusah’ arrived in the top three songs at the M4Music Festival of the Demotape Clinic competition. Kety was nominated for the Swiss Live Talents in Bern in the electronics category and was named ‘The queen of the electric harp’.

On May 8th, this year, Kety Fusco released her first LP ‘Dazed’ on Sugar Music, with the likes of Yann Tiersen, Jon Hopkins and Terry Riley as influences, Kety Fusco’s first solo album is the result of a two-year process of discovery, both in terms of her approach to composition and the possibilities of her instrument.