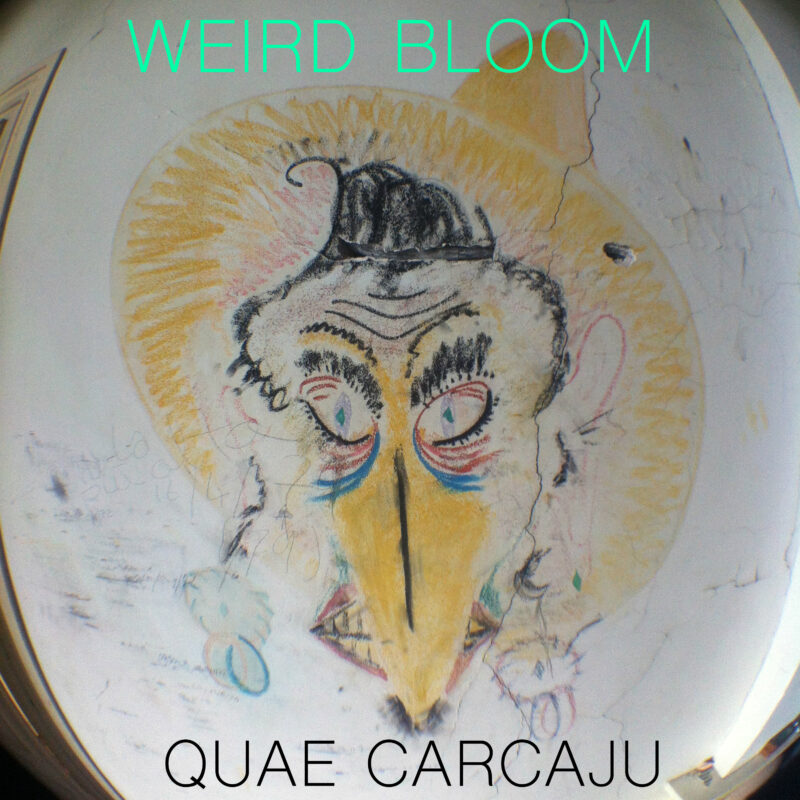 Watch the new video for ‘Quae Carcaju’ from Weird Bloom

Weird Bloom shared another crazy video for their track ‘Quae Carcaju‘ taken from their latest work ‘Blisstonia‘, adding another piece of the puzzle to their bizarre world.

The psych-pop oddballs always seem to find new ways to surprise — and this new video for ‘Quae Carcaju’ fits their standard and leaves us guessing “WTF????”.
But let’s try and put things in a contest: “the central part of the video was filmed in a Tokyo arcade by Auroro Borealo, while trying to win a giant Super Mario puppet without realizing that it had just been won by the guy before him. In the upper left corner: a Japanese imitator of Michael Jackson in slow motion. Top right: Super Mario Wacky Worlds, a psychedelic Super Mario game never officially released. In the lower left: Luca The King, a complete Sboretor artist, while he says dirty things in slow-motion. Lower right: the animatronics of a pterodactyl that moves imperceptibly”.
Makes perfect sense, right?

Watch the video below: