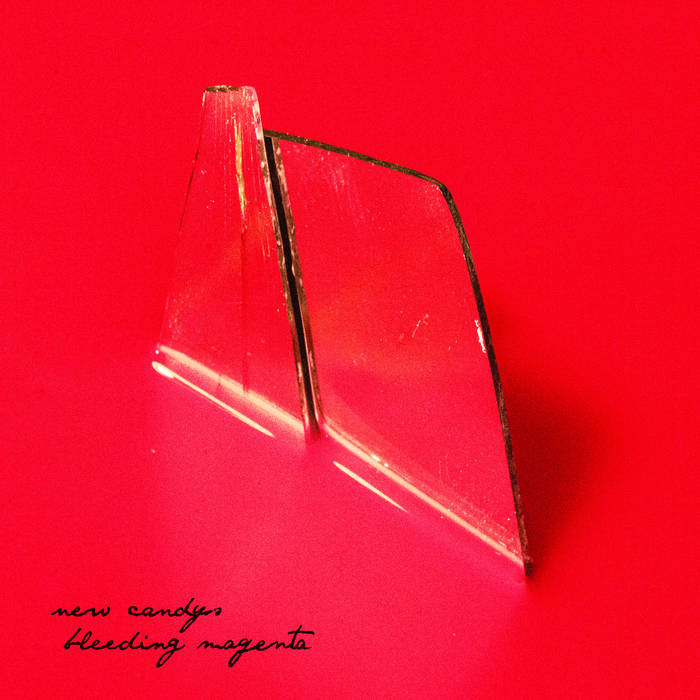 New Candys: listen to their new album ‘Bleeding Magenta’ and read the album review by Soundblab

The latest album by Venetian gloom-pysch poppers New Candys takes us down into smoky chambers. Bleeding Magenta sounds like The Stone Roses and a fuzzed-up helping of The Shadows caught up together in a whirling, angry maelstrom. The album is a clean guitar motif over a grinding fuzz drive, doing a fine balancing act between slickly conventional and roughly agitated in its eleven-song sonic expanse.
With the rumbling buzz of a disturbed hornets’ nest, “Excess” pushes through like a rampaging carriage along narrow streets, while on “Mercenary,” delayed repetitive vocals call out over the brash guitar riff and manic drums, building the tension for a climatic, almost Nirvana-style grungy finish. Things lighten up on “Sermon,” with its well-layered sitars and mid-tempo groove complimenting a sweet vocal from Julia Hummer. It’s one of the highlights of the album. Another is the steady head-nodder “Tempera.”
As previously stated, the group sounds like one of Manchester’s finest, yet they also maintain the speedier Brian Jonestown Massacre-meets-The Dandy Warhols drone-jangle, heard on “Silver Eyes Arise” and “Lunar Day.” Then comes a mini-suite with “The Outrageous Wedding – Parts 1, 2 and 3.” Parts 1 and 2 drive along powerfully with solid bass and drums beneath punchy, ecstatic hook-driven guitars, whilst Part 3 slows down to a bass-led groove, underneath a ghosty vocal mantra.
New Candys’ offering Bleeding Magenta is a fluid, fiery part of the psych-rock fold, one that embraces the listener in its moody drama.