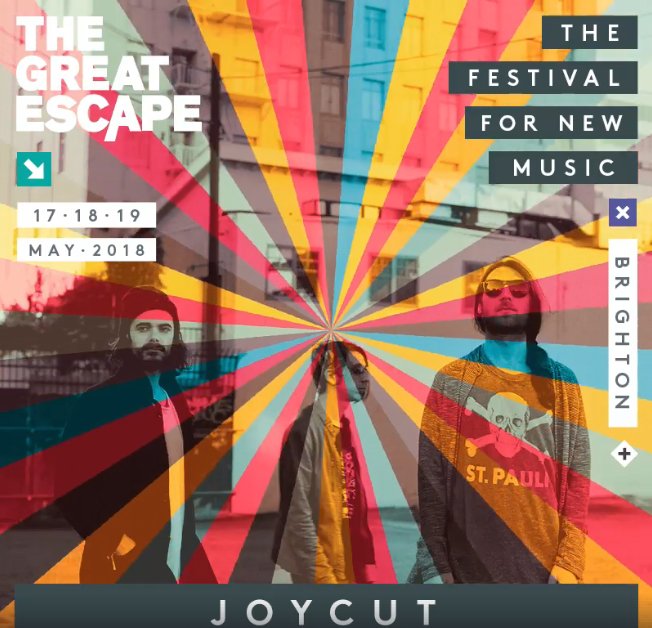 The Great Escape, held in Brighton from the 17th to the 19th of May, has announced the first one hundred acts in the festival line-up, and among them, there is an Italian band: JoyCut.

JoyCut’s last album ‘PiecesOfUsWereLeftOnTheGround‘ took the band to new heights, evidenced by the album’s continued success, with a never-ending festival tour of over 300 dates across North America, Asia and Europe, culminating in a Top 5 European Talent Exchange Programme [ETEP] position.

JoyCut are now in the studio creating their fourth album for a spring 2018 release.