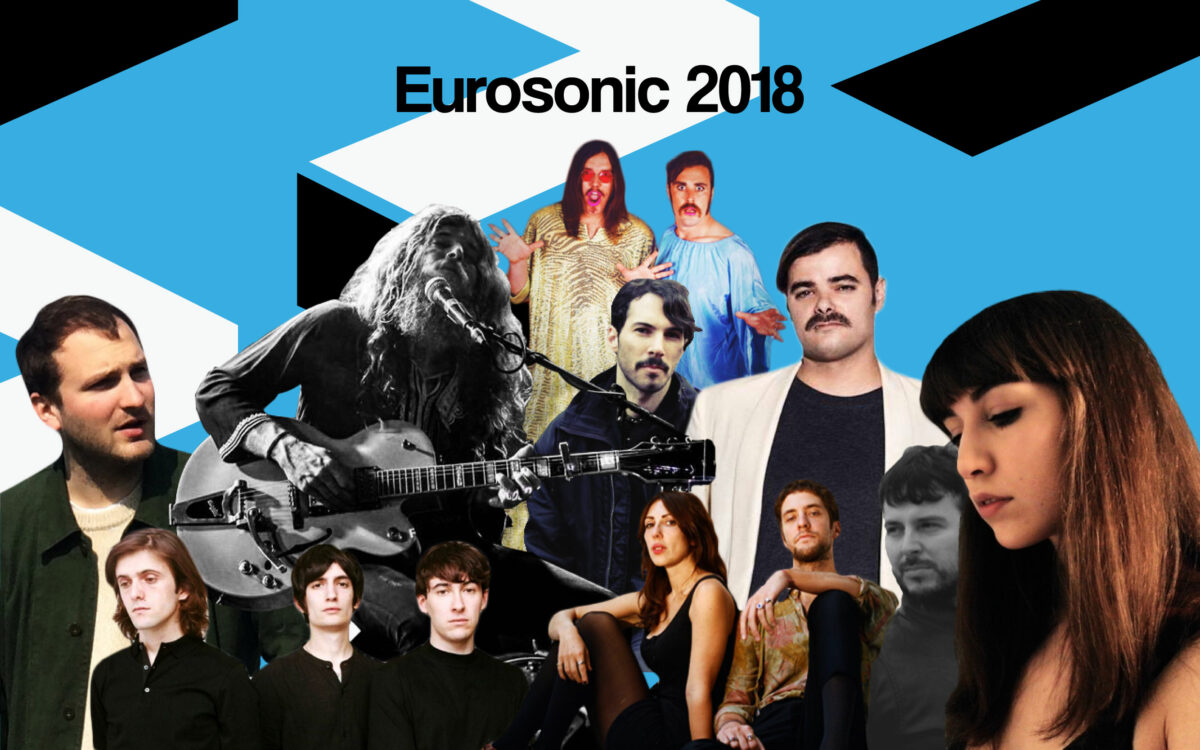 Less than one month to Eurosonic Noorderslag Festival!
The 2018 edition of the Dutch festival will take place in Groningen from the 17th to the 21st of January.

Eurosonic is one of the best and most influential showcase festivals in Europe, it’s the place to discover new music talents, and it’s the best place for networking with promoters, journalists and music business professionals from all over the world. In fact, the festival brings every year to Groningen the most relevant players in the international music industry: for this reason, it’s a huge opportunity for the artists to play at the festival.

Eurosonic Festival is the perfect place to catch the latest and freshest artists about to explode into the international music market, the perfect place to book the next big things.
As we already announced, this year, nine Italian acts will be performing at Eurosonic.
Get to know more of them and schedule their showcases on your agenda to be sure not to miss our next big things. 😉 Black Snake Moan is an unusual one-man band from Rome. His latest album ‘Spiritual Awaking’ came out in February 2017. Primitive roots, Delta Blues, and psychedelic influences gave as result an intense and magical experimental sound. Get ready for a spiritual trip. Bruno Belissimo is an Italian-Canadian dj/producer and multi-instrumentalist.
He’s just finished recording his new album for 2018. Influenced by Italo/space disco classics and original soundtracks of Italian horror/sci-fi movies from the 70s and 80s, he will bring at Eurosonic his ‘Infradisco’ live show with a bass guitar and programmed audio and video. At age 20 Giorgio Poi moved to London, where he graduated in jazz guitar at the Guildhall School Of Music And Drama. After playing with Vadoinmessico and Cairobi, he decided to start a solo career.
His solo debut album ‘Fa Niente’ came out in 2017 via Bomba Dischi and it was really well received both by the critics and audience. Hån comes from a small town by the Garda lake immersed in a natural treasure.
Her debut ep ‘The children’ is an intense pop gem in which spacious synths and delicate guitar chords collide with pulsating electro drums and pristine vocals. Husky Loops are Pier Danio Forni, Pietro Garron and Tommaso Medica, three guys from Bologna living in London. Their post-punk band is fast becoming the UK’s city current most exciting prospect. Husky Loops sound is a mix of indie rock magnificently dirtied with post-punk.
They are now working on the new studio album with Tommaso Colliva. Lorenzo Senni is one of the most relevant artists in the Italian Electronic music scene and as the founder of the label Presto!? he’s released albums by a number of internationally acclaimed artists including Florian Hecker, Carsten Holler, DJ Stingray, Carl Michael Von Hausswolff, Palmistry, Marcus Schmickler, just to name a few. Lorenzo Senni, who coined the term “Pointillistic Trance” to define his approach on his album ‘Quantum Jelly’, is described as a sadistic scientist that is ripping the spinal cord out of trance and dangling it in front of our eyes. His latest album ‘The Shape Of Trance To Come’ came out in 2017 via Warp. Luca D’Alberto is a classical composer, arranger, and multi-instrumentalist from the heart of Italy. His music is visceral with a life beyond itself, cinematic yet personal. 2017 sees the release of ‘Endless’, D’Alberto’s first recording for the newly-formed, Berlin-based, neo-classical imprint 7K!. At its heart, ‘Endless’ is a blood and guts reimagining of what neo-classical can be, passionate and daring, music that jumps out from the shadows at you. Malihini are Giampaolo Speziale and Federica Caiozzo. After playing in different musical projects, they met and decided to move from Rome to London to make music together. The EP ‘Lose Everything’ comes hot on the heels of well-received singles ‘Waiting’ and ‘Miss’. The duo is working on their debut album. Weird Bloom is a project by Luca Di Cataldo and Matteo Caminoli from Rome.
The music of Weird Bloom is like an island that you don’t know it exists or not. It’s rhymes and spiels.
A music island to discover.