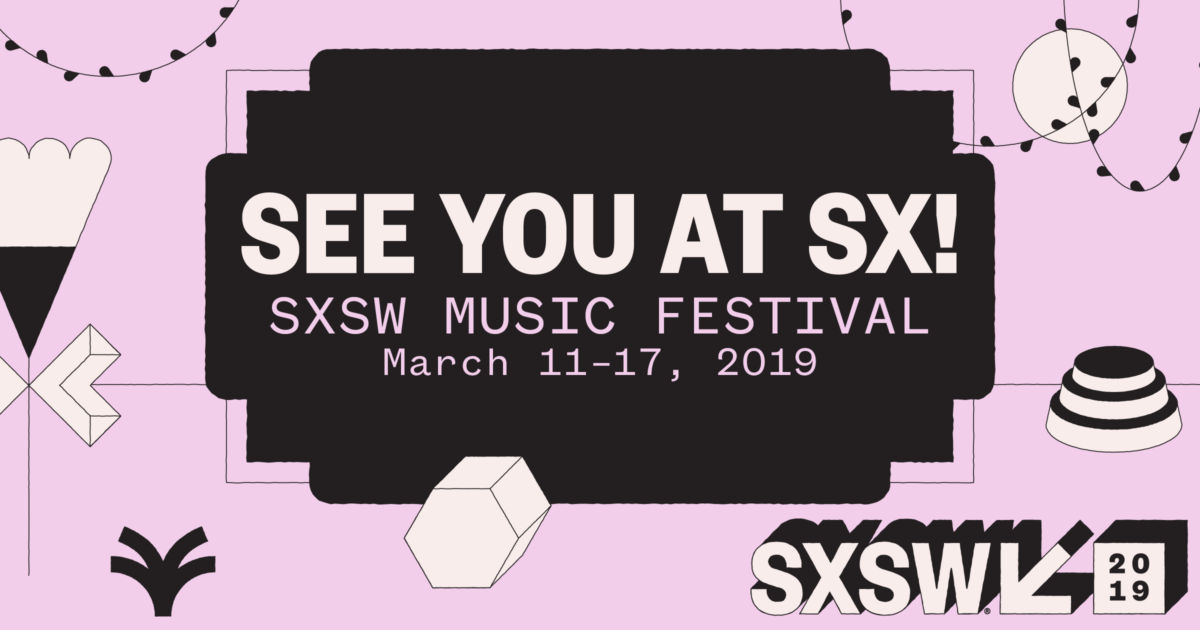 One month to go to SXSW 2019: from the 11th to the 17th of March we will be in Austin for one of the most popular showcases and conference festivals in the world.

During that week a great selection of Italian artists will play in Austin. Here are the ones which have been announced, so far: Be Forest, Birthh, Rev Rev Rev, Her Skin, Damien McFly, Giungla, YOY, Baseball Gregg, Mascarimirì and La Terza Classe.

Italia Music Export – SIAE will support all the Italian musicians and their managers attending SXSW 2019 (except for Mascarimirì, supported by Puglia Sounds). Our support to the artists includes travels, promotion and strategic counseling.

Get to know them all:

Since the 2011 debut “Cold”, Be Forest (Costanza Delle Rose, Erica Terenzi and Nicola Lampredi) established an influential and organic form of artistry that sought out to transcend all trend waves of chill, dark, retro, synth, vapor, et al. Now at their third release “Knocturne” (premiered on Brooklyn Vegan), Be Forest respond to the sentiments of today’s times of tyranny, sadness and confusion with an evocative album that retreats toward imaginative universes of infinite midnight feels.

Songwriter, producer and instrumentalist Alice Bisi (aka BIRTHH), known for her style of interweaving frank and sharp lyrics about her personal life with spellbinding riffs, has had a keen eye for music from a young age. Following the release of her debut album ‘Born in the Woods’, Alice undertook an almost non-stop touring schedule for two years around much of Europe, The United States and Canada, with appearances at festivals such as SXSW, CMW, Ypsigrock, Radar, and Home Festival. The authentic sound engineered by Alice has earned her supporting slots with many notable names such as PJ Harvey, Mac DeMarco, Andrew Bird and Benjamin Clementine.

BIRTHH’s sophomore album will be released in early 2019.

Named as ‘One of Europe’s finest ’gazer bands of the last decade’ [Daily Bandcamp], Rev Rev Rev re metabolize shoegaze and psych rock elements in a loud, woozy, fuzz-driven way.
Since their debut, their signature wall-of-sound inspired rave reviews and single “Catching a buzz” got airplay on BBC6 by the likes of Steve Lamacq, Radcliffe & Maconie. Praised by influential outlets like Drowned in Sound, Clash, Decay FM, their sophomore “Des Fleurs Magiques Bourdonnaient” pushed even further the borders of their sonic belligerence. The album, out via Northern Light (CA) and CMM (US), sold out in 3 months, leading to a reprint on US label Neon Sigh (Telescopes, Ringo Deathstarr). Their live set at Manchester’s Cosmosis Festival, headlined by The Jesus & Mary Chain, Brian Jonestown Massacre and WIRE, kickstarted a 44 date tour all around Europe.
Recently Rev Rev Rev hit the studio again with Sergio Pomante (Ulan Bator, Lay Llamas) on drums. The new album, produced by James Aparicio (Spiritualized, Mogwai, Desert Mountain Tribe) is due for release in 2019.

Her Skin (Sara Ammendolia) is an Italian singer and songwriter. She was born and raised in Modena (IT) and she started writing songs and performing acoustic shows in 2013. In 2016 Sara self-published two EPs: “Goodbyes and Endings” and “Head Above the Deep”. In February 2018, Her Skin released her debut album ‘Find a Place to Sleep’ via We Were Never Being Boring Collective (WWNBB). Since the release of the album, Her Skin has been touring clubs and festivals of international relevance such as Ypsigrock and Home Festival.

“The Modena, Italy based artist pens music that entertains aspects of thought & desire through honest song. The places in our hearts & souls where we keep our inmost feelings are strummed out in minimalist nu-folk ballads that offer senses of comfort & peace amid the tumult & turbulence found in our collective lives & times.” – Impose Magazine

Hailing from Padova, Italy, Damien Mcfly is the moniker behind Damiano Ferrari, a driven, passionate and charismatic singer-songwriter who bridges the gaps between old and new. Captivating audiences with his raw vocals, the timeless vibes of folk and modern sounds of indie his music has taken him to more than 15 different countries playing over 500 shows.
October 2015 saw the release of Damien ‘s first original album entitled “Parallel Mirrors”. This earned him festival appearances at SXSW, Canadian Music Week (covered by Rolling Stone Italy), BBC Carfest, International Richmond Film Festival and Home Festival as well as opening supports for Gill Landry and Justin Nozuka. In 2018 Damien reached the final of the John Lennon songwriting competition winning the Grand Prize in the Folk category for his song “Mesmerised”.

Damien is now working on the release of his new album due in early 2019 with plans to tour UK, Europe, Canada and USA.

Giungla is Italian artist Ema Drei. Bringing together atmospheric electronics with Ema’s guitar work, in turns artfully angular then brashly anthemic and with her passionate vocals – her music is riotous exuberant indie-pop as dazzling, tricky and bursting with life as the ‘Jungle’ she named herself after.

Having come to the world’s attention with her previous single ‘Cold’, hailed by The Line of Best Fit as “oozing brash punk charm”, Ema spent 2018 working with producer Luke Smith (Depeche Mode, Foals, Anna Of The North).

Armed with just samplers, an electric guitar and her voice, she has picked up praise from tastemaker sites around the world and Ema’s breath-taking and visceral live show have already seen her share stages with the likes of The xx, Foals, Grimes and Battles and graced music events such as Eurosonic, Reeperbahn, Liverpool Sound City, The Great Escape and SXSW.

Her new single ‘In My Head’ premiered on CLASH magazine.

La Terza Classe is an Italian folk band born in the streets of Naples, Italy, in October 2012.
The band toured the United States in 2014, 2015, 2016, 2017 and 2018, featuring on American radio shows and having the honour of playing four times at “Music City Roots” in Nashville, TN, and twice at the famous “Bluegrass Underground”, TN. In 2016 dear friend and former Grammy-winner Jim Lauderdale joined the band for their summer Italian tour.
On Oct. 2018 the band released the new Ep named “La Terza Classe” with all-original songs produced and published by Italian label “Polosud Records”.
Alongside its music activity, La Terza Classe has had the chance to feature in several Italian national tv shows, attending 2016’s edition of “Italy’s Got Talent” and the band also produced the award-winning documentary “Flat Tyre – An American Music Dream”, in 2016.

YOY is the newly-formed musical project of musicians Lorenzo Borgatti, Massimo Borghi, and Filippo Volpin; their debut album is anticipated in 2019. While two of the three members previously played and toured with BIRTHH, YOY is an independent venture with its own (as-of-yet unnamed) vocalist; however, for their debut, the band called on the immensely talented Alice Bisi, aka BIRTHH, to perform vocal duties.

Baseball Gregg is a pop duo from Stockton (California) by way of Italy.
Founders Luca Lovisetto and Sam Regan met in Bologna, the former a native of the city and the latter a math student studying abroad. Here, their first songs took shape and were recorded in a flurry of late spring nights, eventually becoming the duo’s self-titled debut EP, Baseball Gregg (2014).

After publishing a tiny experimental pop extravaganza titled “Ciao for Now”, throughout 2017 and 2018 the duo tirelessly worked on “Sleep”, their second LP, which was finally published last summer via La Barberia Records and legendary Slovakian cassette label Z Tapes. Sleep was premiered on HypeMachine, getting recognition from Rolling Stone among others, helping the duo getting hundreds of thousands of streams on Spotify while touring both in Europe & Usa.

Mascarimirì (Salento, Puglia, Italia)
The project Mascarimirì took shape in 1998, when Claudio ‘Cavallo’ Giagnotti and Cosimo Giagnotti chose to end their experience with Terra de Menzu, one of the first bands that, at the beginning of the 1990s, contributed to the resurgence of Salento traditional music. Between 1999 and 2003 the musical project got stronger and more mature and created the new sound: “Punk-Dub Tarantolato Salentino” was the definition used to underline the experimental vocation of the band that inserted into the traditional musical heritage some techniques not used, until then, in the traditional music style of Salento. Claudio “Cavallo” Giagnotti create the vibe called “Tradinnovazione”, the union of Traditional sounds with an innovative sound.
The new 2019 live show titled “TRADIZIONALLL” mixes the Pizzica Pizzica sounds with the Arabic and Andalusian flavour, the Tammurriata in electro Gipsy version and the Tarantella Punk “Tarantolato” vibe.
In 2019 the Mascarimiri are going to release the new single and the new album – eleventh in their discography. #ARRRAA!

Mascarimirì are supported by Puglia Sounds