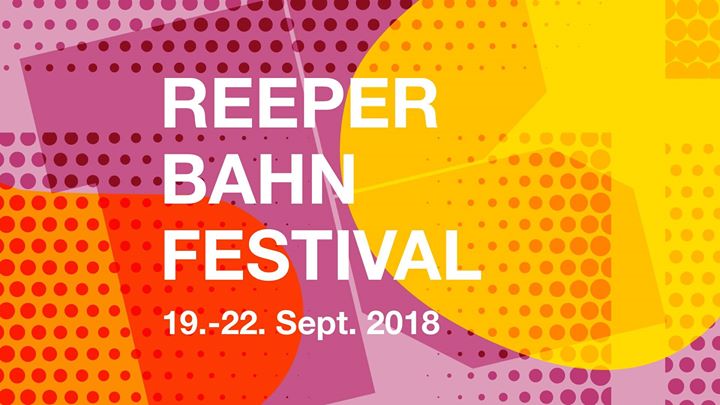 Reeperbahn 2018: meet all the Italian acts playing this year in Hamburg

Reeperbahn festival is coming up: from the 19th to the 22nd of September Hamburg will be the capital of the international music business. Among the artists composing this year’s incredible line-up, we’re proud to present five Italian acts: Aquarama, Giungla, Any Other, Jessica Einaudi and The Pier.

Italia Music Export with Puglia Sounds and the Italian Cultural Institute in Hamburg will bring to you “La Festa: the Italian showcase“, where Aquarama, The Pier, Any Other and Giungla will play on Sommersalon stage on September 20th from 2.00 pm to 5.30 pm.
In addition to their incredible talent and music, guess what? We’ll offer you some drinks and pizza!
Reserve your place at this link and join us to discover a new generation of artists reinventing what Italian music means.
To end the festival with a bang, on Saturday 22nd, Jessica Einaudi will enchant you with her voice at Angie’s Nightclub at 10.00 pm.

Get to know all the Italian artists playing at Reeperbahn 2018:

Aquarama is a combination of modern funk-R’n’B grooves with vintage-taste melodies and arrangements typical of 60s surf-pop. The band collaborated with the New York disco reference dj In Flagranti and play beside french iconic band La Femme and Canadian nu-jazz ambassadors BadBadNotGood. The debut album ‘Riva’, published on April 2017 for Fresh Yo! / Irma Records and mastered by Grammy awarded Giovanni Versari, has been played on over 80 gigs around Europe thanks to the collaboration with French label Sand Music.

Adele Nigro aka Any Other with her indie rock attitude will bring you to the 90’s of Pavement and Built to Spill, but also to contemporary songwriters like Waxahatchee. In her new album ‘Two, Geography’, out September 14th on 42 Records, you’ll find the traces of several different influences, the American indie-folk of Phil Elvrum, the guitar work of Jim O’Rourke and David Grubbs, spiritual free jazz and orchestral arrangements, as well as classic songwriting by Carole King and Joni Mitchell, filtered through a thoroughly contemporary sensibility.

The Pier’s genre can be described as “indie math rock”, with influences from post-rock and post-punk, such as Don Caballero, Radiohead, Foals, This Town Needs Guns, Joy Division.
Their first official album, called ‘THE PIER’, was released in October 2016, bringing them to play their first gig abroad, at Waves Vienna Festival. Today the band is working to a new album, expected for October 2018, which will be previewed at some summer European festivals, such as Sziget Festival and Reeperbahn Festival.

Giungla is Ema Drei, Italian-born singer-songwriter based in Bologna. Giungla in Italian means ‘jungle’. Armed with just samplers, an electric guitar and her incredible voice, Giungla is fast developing a reputation for her breathtaking and visceral live show, she also played alongside The xx, Foals, Grimes and Battles. After releasing her debut EP ‘Camo’ with label Factory Flaws in 2016 and joining London label Some Kinda Love/Bad Life, she spent the summer in the studio, wrapping up her second EP with producer Luke Smith (Depeche Mode, Foals, Anna Of The North).

Fil Bo Riva is just 24 years old, but his folk music sounds so jittery, circus, just like the life-soaken Tom Waits. Wonderfully dreamy but at the same time light and ironic, the Italian songwriter sings in “Like Eye Did” from his latest EP “If You’re Right, It’s Alright”. It is almost clearly audible that the native Roman, who lives in Berlin today, has spent his youth in Ireland. But ultimately, all influences have found their way into his art.

Once started as a solo project, Fil Bo Riva first joined forces with guitarist Felix A. Remm as a duo and later expanded his circle of musicians to a quartet. This results in a nice, rich live sound. He also likes to give the likeable odd fellow when in “Franzis” he sings “I’m a madman, that’s all I know”, but still asks the hailed one to love him back. Since one already will fall for this music only after a few bars, it should not be that hard for the worshipped person to do so.

Jessica Einaudi is a Berlin-based Italian singer-songwriter and visual artist. Born in Milano, Italy, and raised in a very artistic environment, she quickly decided to turn her passion for music into her work, writing songs and working with other musicians.
When she moved to Berlin, Jessica started to write her debut solo album ‘Melt’, produced by Federico Albanese. Blending diverse musical influences that range from traditional folk to experimental electronica, the album features haunting melodies and atmospheric soundscapes, always undermined by Einaudi’s unique lead vocal and harmonies. ‘Melt’ was released October 2014 under the stage name J Moon. Jessica Einaudi’s new full-length album will see the light in early autumn 2018. The album was produced by Jessica herself and her longtime trusted collaborator Federico Albanese and mixed in Berlin at Vox Ton Studio by Francesco Donadello.