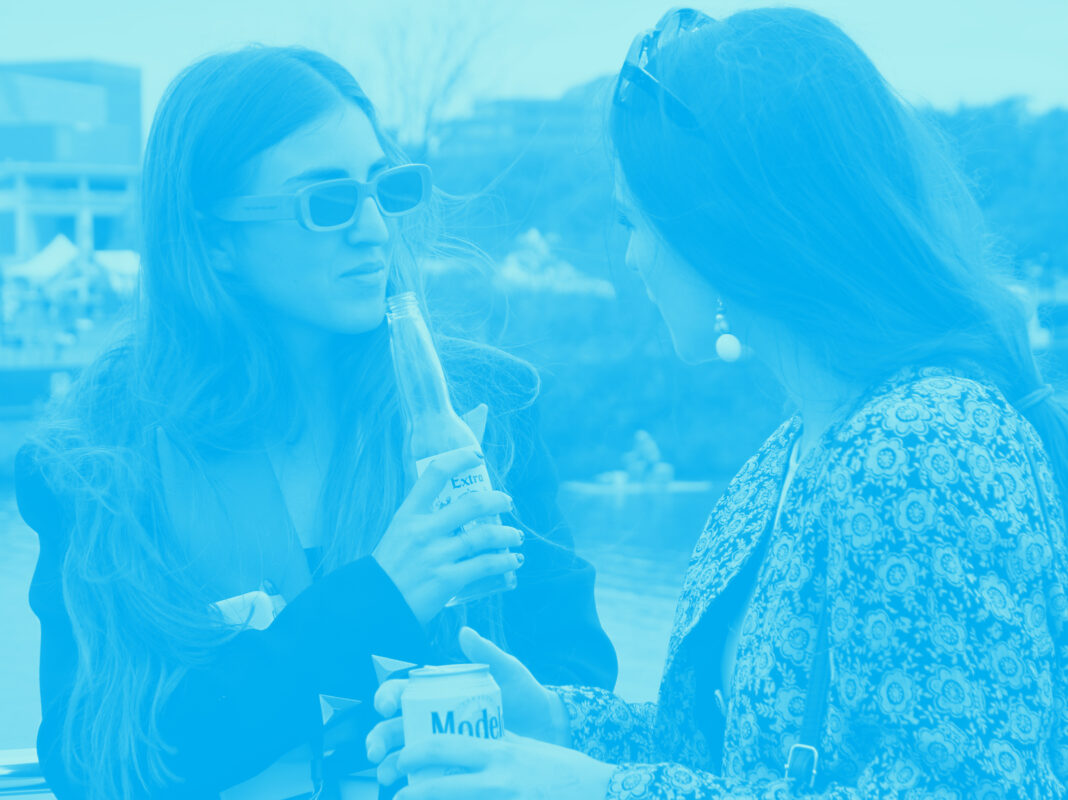 We just came back from a crazy week in the music city of Austin (TX) for one of the biggest showcase festivals in the world: SXSW.

It was our first time and it was tough having meetings while attending concerts, supporting our Italian artists, going to parties and trying to eat and drink something (tacos & margaritas) once a day, at least. But, we’re in our office still alive, so we did it! ✌

If you weren’t able to come to SXSW and to pass by our Italian booth at the conference centre or to attend our incredible showcases, don’t worry, here’s a brief report on what happened last week. Let’s start!

This year’s SXSW saw the biggest Italian mission up to date, with 15 acts confirmed. We had a super great time at the Italian booth giving information about one of the world’s top 10 music market, the Italian artists playing at the festival and networking with all the foreign attendees that passed by. In addition to networking, we were delighted by our Italian artists playing some acoustic showcases. Joan Thiele on Next Stage at ACC

We had two official Italian showcases at Maggie Mae’s Gibson Room and Stephen F’s Bar in Austin on March 15th and 16th: Sounds from Italy. The two showcases were brought by FIMI (the Italian Federation of Phonographic Industry) and ITA (Italian Trade Agency) with a little help from us, your beloved Italia Music Export.
Sonars, The Jackson Pollock, Weird Bloom, Joan Thiele, Denis The Night & The Panic Party and Altre di B performed on the first night and Weird Bloom‘s show ended staging a pitch invasion (ed. Weird Bloom are among NPR’s favorite discoveries at SXSW!!). In the meantime, Espana Circo Este were rocking with their Tango-Punk at the Russian House.
The next day we hosted an elegant showcase at the sophisticated Stephen F’s Bar and terrace where Blindur, Wrongonyou, Violetta Zironi, Fabrizio Cammarata and Damien McFly amazed the audience with their wonderful voices. (Violetta Zironi was featured on Noisey US’s Inside the 100-Hour Hell Week of a SXSW Programmer!!) Our friends from BPM Concerti organized an amazing showcase at the Velveeta Room on March 14th, where some of their greatest artists smashed it. Bravo to The Yellow Traffic Light, Christaux, Joan Thiele, Wrongonyou, Weird Bloom and Bruno Belissimo. The day after, teaming up with the guys from We Were Never Being Boring label, BPM Concerti had a great boat party on the Colorado River where their talented artists showcased on the ship’s bow. Free beers, free food, marvellous music: what else could we ask for?